BUDD LAKE – The Musconetcong Sewerage Authority processes over 4.3 million gallons of per day. But the stench is tough to bear.

Trying to shake the stench kicked up from his firing last week of Education Commissioner Bret Schundler, Gov. Chris Christie returned to Morris County today to sign three bills that will fund resource infrastructure investments, including two projects at the MSA.

It will create jobs, too, Christie said.

But it was one job that the press zoned in on today, one that previously belonged of Schundler.

“Bret Schundler was not terminated because of a mistake in the application,” he said.

The mitigating factor: “Don’t lie to the governor.”

He rebutted Schudler’s e-mail that was sent last Tuesday night that disproved Christie’s version of Schundler’s account from the Race To The Top interview, in particular that Schundler conveyed the missing application information to the interviewer.

“He conveyed the exact opposite to me,” Christie said this morning. “The truth wasn’t told.”

But he didn’t answer the question. Christie mouthpiece Michael Drewniak said afterward that other people in the administration had contributed, but that Schundler had no reservations to sign it.

Schundler has also since said that he verbally gave the missing application information to the federal interviewer, but after the cameras – the same cameras that proved someone was not telling the truth – had already been turned off. So maybe it was just a miscommunication?

After the presser, Drewniak called this off-camera recollection by Schundler “downright Nixonian.”

The governor said, “I’m an old prosecutor. I just piece together facts and I draw conclusions based on the facts.”

He would not comment on who the next commissioner will be – all speculation is “premature and inaccurate,” he said – but his administration is working quickly to fill the position permanently. “I’m not known to dawdle,” he said.

Christie hopes to put this situation to rest.

“He and I agreed fundamentally on the way the education system needs to be reformed,” he said. “It was a business decision that I had to make.”

Christie said there were “no enduring mysteries” left from the Schundler debacle, but not everyone is so sure.

The legislature will do their best to find out in scheduled hearings, and state Sen. President Stephen Sweeney (D-West Deptford) and Senate Majority Leader Barbara Buono (D-Metuchen) called on Christie to apologize to the Obama administration for Christie’s remarks last week disparaging education department bureaucrats.

“I can understand that the Governor was upset about the prospect of losing hundreds of millions of dollars to help New Jersey communities which are reeling from his draconian state aid cuts in the FY 2011 Budget,” Sweeney wrote in a letter to the governor. “However, his comments about federal education regulators being ‘mindless drones’ was completely uncalled for, given that the State’s failure was ours’ and ours’ alone. It’s time for the Governor to man up and admit the mistake of his Administration, rather than engage in divisive rhetoric which only serves to damage our relationship with the federal government.”

“I am disappointed that rather than take responsibility for the mistakes of his Administration, the Governor’s response was simply to target and ridicule the next scapegoat,” said Buono. “For him to lash out indiscriminately against everyone but his own policy advisors – who ultimately dropped the ball here – is disrespectful and counterproductive.  It’s time for the Governor to apologize for his partisan rhetoric and work with the federal government to maximize assistance for New Jersey’s hard-hit families during this time of nearly unprecedented economic hardship.”

Christie shrugged off the entreaties.

“That doesn’t really change,” the governor said of his stance on the rigidity of federal bureaucracy.

Sweeney should concentrate on the pending introduction of the Mayor’s Toolbox legislation packet, Christie said.

With Hurricane Earl possibly heading dangerously close to the Jersey shore on Friday, Christie said more information will be given to residents as the state prepares.

But, he said, the people at the shore have been through storms before, unlike the Christie administration. They’re still battening down the hatches as their first storm moves off.

As for the bills Christie signed today, they are more pork barrel then pure , according to Jeff Tittel, executive director of the New Jersey Sierra Club, who said many of the projects listed in the bills will promote sprawl and overdevelopment in fragile ecosystems and are included to take care of politically connected projects.

“What you see in this list of projects are legislators sitting around the table, cutting up the pie to take care of friends. It’s not about clean ,” Tittel railed. “While there is money going to pay for sewers in environmentally sensitive areas,  any areas that need the money are getting very little in comparison or none at all. Places like Paterson and Trenton that need money to deal with combined sewer overflow are not getting their fair share. …By not fixing those areas that really need it and putting the money into environmentally sensitive areas like the Pinelands and Highlands, we’re actually going to make our worse. Under this bill, money that should be going to clean up of rivers will be subsidizing new developments in environmentally sensitive areas.” 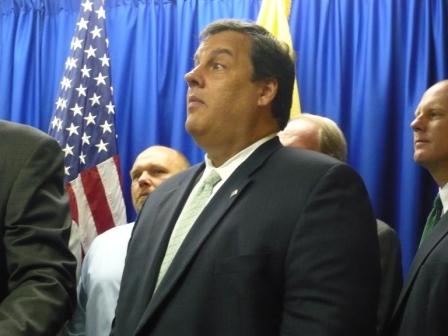