He was holding court in his glass-windowed office at Hawthorne Chevrolet that looks out at an Inferno Orange Indy 500 Pace Car limited edition Camaro SS in the showroom. The difference between the Passaic Democratic party and the Camaro is that the car is an inferno in name only.

The loss of former Sheriff Jerry Speziale from the ticket heading into November has the Dems scrambling for a replacement. But Currie isn’t sweating. He’s not rushing, but he’s working the phones hard. One by one, candidates over the past few days have been coming to the car dealership for face time with Currie. One by one, he sorts them out: Are you interested in the position, yes or no?

He’s culled the list to between eight and ten names and will announce Speziale’s successor within ten days. He’s not handing over the list, although Paterson Council President Aslon Goow and Sheriff’s Officer Leonard Lovely are also likely on it.

He made special note of McKoy, who now works as PSE&G’s director of customer service and community relations.

Currie is conversing with party leaders (although the new Paterson mayor hasn’t gotten a call) and taking suggestions.

“The process is still wide open,” he said. “I have to vet a lot of different things.”

Currie said he is reviewing the county committee bylaws for whether he can as chairman nominate the candidate himself, rather than subject the party to a chaotic floor vote. “The chairman controls the party line,” Currie said. “Me and my executive committee will choose a candidate who can win.” Unless the bylaws preclude it; then he will make a recommendation to the committee.

He seemed to still be bothered by the fact that Speziale didn’t even give him the courtesy of a heads-up.

“I groomed him for (that) position,” he said. “We were taking on a dynasty and we won.”

Whoever the candidate, Currie said the person will already have an advantage over Felix Garcia, the GOP’s opponent-in-waiting. But Garcia has a head start; his campaign stickers were already slapped on more than a few cars in Passaic.

A former undersheriff, Garcia was fired by Speziale.

“I don’t think this changes the over-arching message of the campaign,” Currie said. “Public safety and a lean efficient government.”

They need to get the inferno off the lot first. 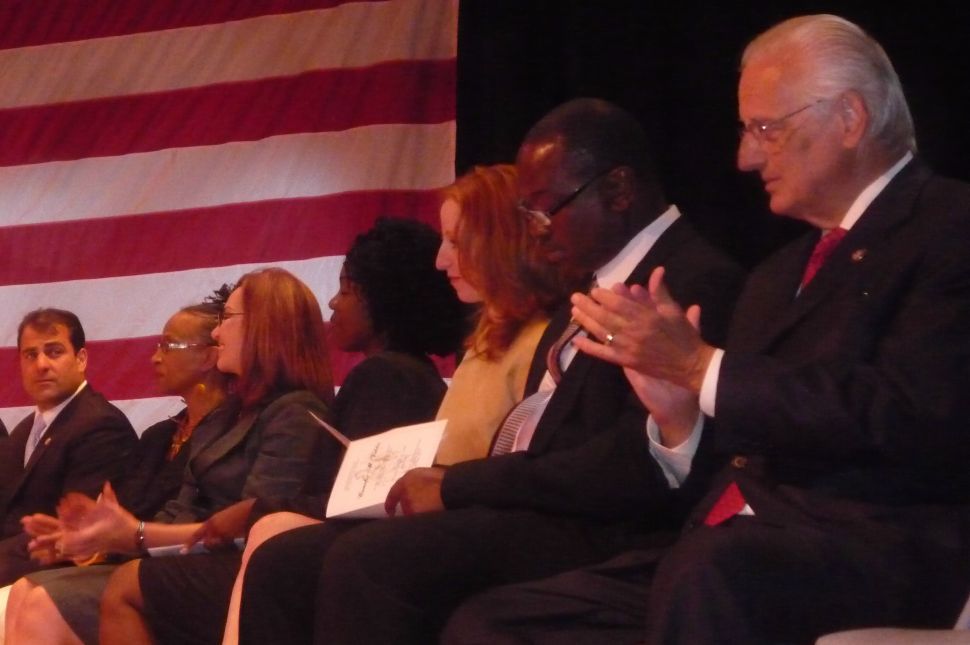