PATERSON – Members of the Passaic County Democratic Committee file into the steakhouse downtown and outside, the two prospective candidates for sheriff – the favorite, Clifton Lt. Det. Richard Berdnik – and the one deemed a GOP mole by the Democratic chairman, former Paterson Police Chief Larry Spagnola – put in some last minute mingling.

“I’m going to win,” says Spagnola, wedging a “Spagnola for Sheriff” glossy into the hands of a passerby.

The word on the street here is he doesn’t have a chance to land the nomination tonight. Chairman John Currie wants the committee to vote for Berdnik – and said exactly that yesterday when he filled the rotunda of the county administration building with supporters and stood alongside Berdnik.

The Clifton officer isn’t as animated in exchanges as the man affectionately known around here as Spags.

“I’m going to do the best I can in making my presentation to the committee and we’ll see what they’re decision is,” Berdnik says.

Also waiting on the sidewalk is state Sen. John Girgenti (D-Hawthorne), who was sought out by county committee members and begged at all levels to submit his name as a candidate for sheriff before Currie decided to back Berdnik.

“I’m going to support whoever the committee supprts,” says Girgenti, before heading inside.

The candidate nominated and ratified by the committee tonight will face Republican sheriff’s candidate Felix Garcia, a former undersheriff, in the Nov. 2nd election. 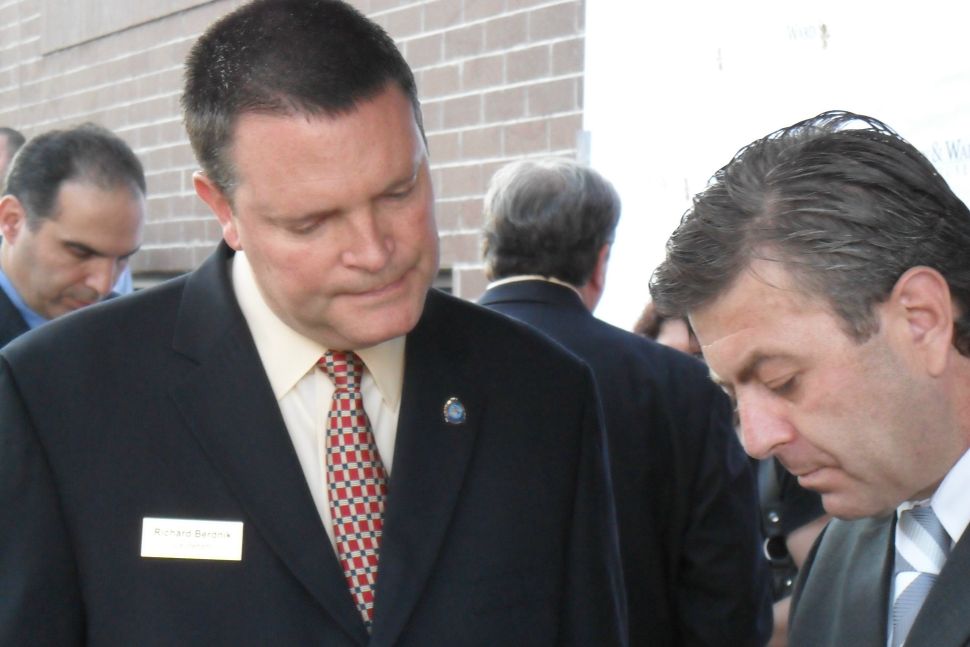