Commemorating 90 years of women’s suffrage, Democratic leaders took an opportunity to highlight a veto override in the works to restore funding to state women’s healthcare clinics.

Christie’s administration maintains that these women can use federally funded health clinics, but Oliver said, “They do not have the capacity to absorb 40,000 women who will be turned away.”

“It’s not just birth control. It’s not just counseling people for abortions,” Oliver said. “These women are without health care.”

“We have identified revenues,” she said that will offset the $7.5 million cost of the health clinics, although the treasurer disputes that the monies targeted are available. Oliver said the Dems are waiting to hear from public records requests made by state Sen. Loretta Weinberg about the funding availability.

Weinberg held a press conference two weeks ago to kick off the veto override push, but was preempted by a press release from Republicans who voted for the funding but switched their stance.

“What a difference we made in the last 90 years,” she said, but “it’s hard to believe that I would have to be standing here to defend women’s healthcare.”

And although 90 years of women’s suffrage is an impressive milestone, the timing of the event coincided nicely with the push for a veto override. The impression was that even if today was the anniversary of Louisiana Purchase, it would somehow have been brought back to women’s rights, namely the right to have medical attention provided by the state.

Buono said she hopes to have the votes for override in the Senate, although she has no solid commitments yet.

She said women will be “denied routine medical examinations” if the funding isn’t resurrected. 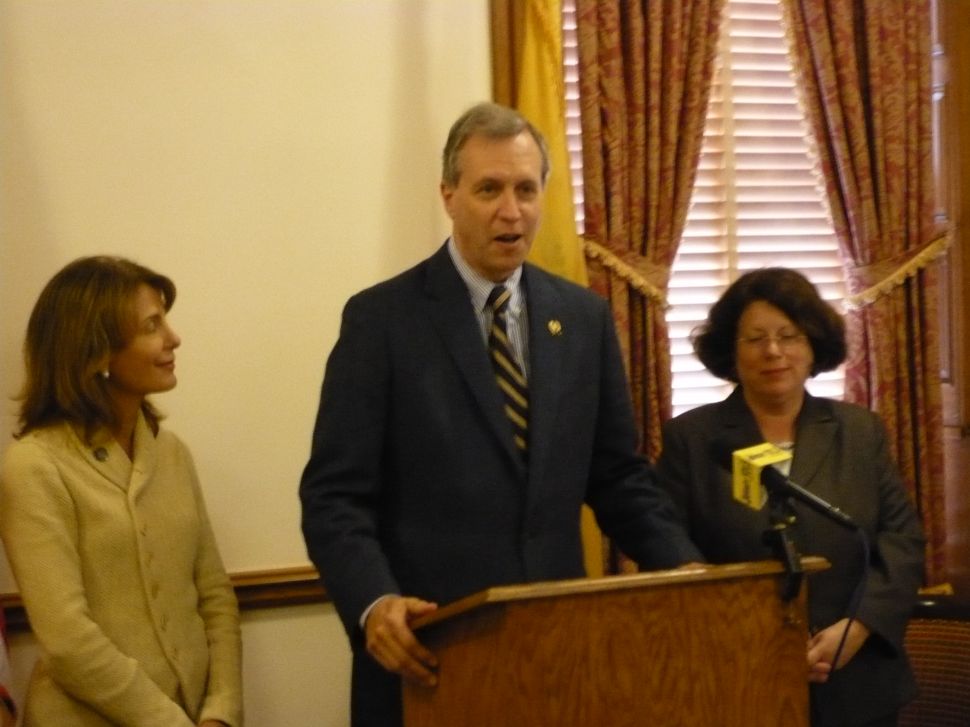