Receiving no reply after his campaign hand-delivered an invitation on June 28th, Attorney Doug Herbert of Chatham continues to pursue U.S. Rep. Rodney Frelinghuysen (R-Harding) in hopes of nailing down a debate.

Much to Herbert’s chagrin, the congressman so far has shown little enthusiasm for giving a platform to the latest in a long line of 11th District no-hopers.

Even when Frelinghuysen deigned to answer controlled questions in a 2008 forum with Tom Wyka, two years after he beat his Democratic challenger 62-37%, Frelinghuysen went on to administer a repeat beat-down by exactly the same margin, 62-37%.

Herbert lists the issues he wants to use to contrast himself with the long-serving Republican incumbent, the son of a congressman.

“He often says in his newsletters that he’s supportive of small businesses, but he voted against the Small Business Lending Act,” Herbert said of Frelinghuysen. “Despite unemployment rising in Morris County, he voted against unemployment compensation extension, and he voted against Wall Street reform and the Consumer Protection Act. We could address these in a public forum, and the public would have an opportunity to draw a conclusion about our candidacies.”

But the numbers don’t show any reason for Frelinghuysen to indulge Herbert. The district itself is a GOP playground: 136,535 R’s to 92,496 D’s. Frelinghuysen’s trampled all of his opposition going back to 1994 when he destroyed another guy named Herbert, first name Frank, and no relation, by the way.

“You’re not going to find much in FEC (Federal Election Commission),” acknowledged the challenger. “But we are right now in the neighborhood of $10,000 to $15,000. The reason that’s special is we have well over 250 donors. The number of people out there willing to commit money to my race is large but the amount they can give is not.”

Regardless, Herbert said he intends to chase Frelinghuysen until the veteran Republican agrees to debate. 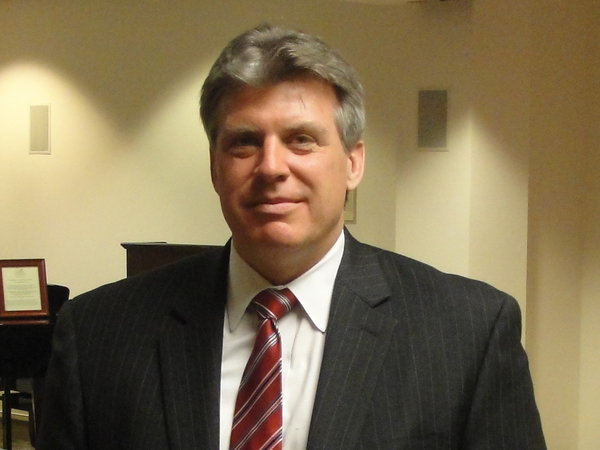