While Democrats draw a bead on their nominee for sheriff in Passaic County tonight, Republican nominee Felix Garcia of Wayne, a former county undersheriff, works the street, both in person and on signs strategically positioned around the City of Paterson.

“They went up last week in certain key locations and we’re waiting for more signs to come in,” Garcia told PolitickerNJ.com. “We will have more up in Paterson and there’s going to be signs in (the City of) Passaic, yes – for all three running mates; in the bodegas, grocery stores, etc.”

Democratic Party sources in the nearby City of Passaic confirmed that Garcia is also avidly campaigning in that Latino stronghold, where Democratic Mayor Alex Blanco has endorsed fellow Democrat Richard Berdnik of Clifton to run against Garcia.

Latinos comprise 30% of the population in Passaic County, where the GOP hopes to make inroads with Garica in the top of the countywide ticket, a longshot play according to Dems, who are self-interestedly skeptical of rival efforts launched into their domain from suburban base camps.

But Garcia has another option to potentially punch up urban votes: friendly forces on the inside with little love for the county Democratic organization. Wired into the same Latino Leadership Alliance of New Jersey as Garcia, At-Large Councilman Rigo Rodriguez and his Paterson troops are still stinging from May elections and confrontations with Democratic Party chairman John Currie (who also serves as chairman of the Board of Elections).

An election night loser in May, Rodriguez surfaced as a bruised winner after picking up 47 votes with the county counting 49 “mystery ballots,” and nearly a month’s worth of back and forth with Currie.

“Rigo Rodriguez has been at different events telling people we have to support our candidates,” said Garcia. “Beyond that, publicly he hasn’t come out and endorsed me.”

As for the Passaic Democratic Party’s efforts to nominate their candidate to run against him, “I’m not even thinking about,” Garcia said. “I’m focusing my time and effort on my campaign. This is not about Garcia or my opponent, it’s about the taxpayers. I am running on my 30 years of experience, including 20 years in the administration.”

Garcia’s likely opponent will be Berdnik, a cop from Clifton.

“We just had a sheriff who was a police officer and look what happened,” the Republican candidate for sheriff said of departed Sheriff Jerry Speziale. “We need someone from the sheriff’s department.” 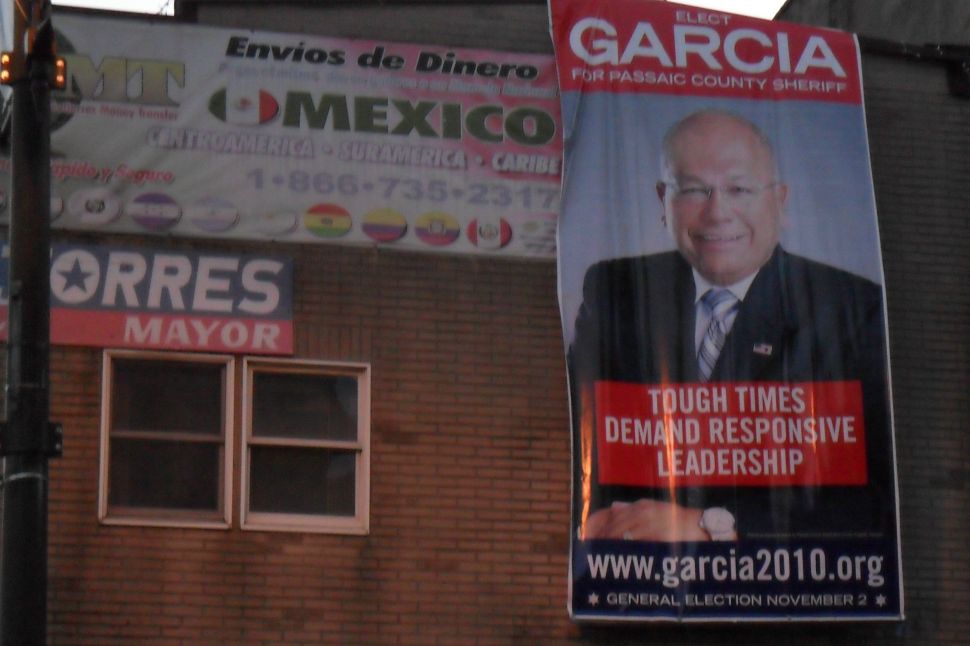