The sudden departure from the general election of sureshot victor Sheriff Jerry Speziale has sent the Passaic County Democrats into accelerated search mode.

One name circulating among party members is that of state Sen. John Girgenti (D-Hawthorne), chairman of the law and public safety committee.

But Girgenti is on vacation this week, according to his chief of staff, Jill Shortway.

“He’s not expected back until next week,” said Shortway. “But he’s geared up for running for re-election for the senate. He would definitely be flattered that his name is out there.”

Shortway said no one from the party called Girgenti’s office to probe his interest in stepping into Speziale’s sheriff’s boots. 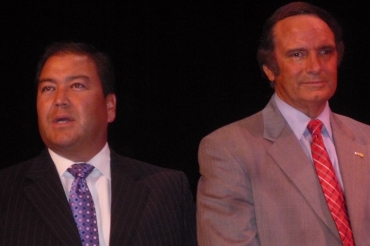