In the Goldman Sachs gym locker room of our fantasy-life, impossibly wealthy and annoyingly young bankers from privileged families would smoke cigars, slap eachother’s behinds in suspiciously homoerotic ways, and share information on all the deals they’re closing.

Alas, the blog Social Workout has gotten the inside scoop, pictures included, on the bank’s new headquarters at 200 West Street—a move recently profiled by our own Max Abelson. The conclusion: Our bubble has been burst.

Ho hum. What you’ll find in the Goldman Sachs gym is dimmish lighting, bland carpets, and endless rows of cardio machinery, either deserted, or operated by Goldman Sachs analysts clad in blue, company-issued Russell Athletic t-shirts and gray shorts (50% poly!) Far from cigars and bourbon by the lockers, the feeling is much more Courtyard by Marriott…

From what we’ve learned, we’re going to go out on a limb and say that major deals are not happening in the Goldman Sachs gym. For one thing, there are surveillance monitors everywhere, and, for another, the vibe is much more index mutual fund than leveraged buyout. 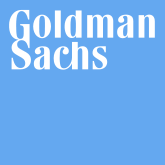