PATERSON – Returning to his hometown today to announce his successful efforts to secure $750,000 for a new community center, U.S. Sen. Frank Lautenberg (D-Cliffside Park) described as “shameful” New Jersey’s loss of a shot at $400 million in federal Race to the Top education funding.

“The fault lies with New Jersey,” said Lautenberg, standing in a school that bears his name in the Paterson Historic District. “We’re one of the few Mid-Atlantic states that didn’t draw some of this money.”

The New Jersey Education Association blamed Gov. Chris Christie for shoudering aside his state Department of Education Commissioner and a previously negotiated application in exchange for a version with Christie’s imprimatur.

“The buck stops some place,” said the senator, when asked if the governor’s efforts hobbled New Jersey’s chances of landing the federal school reform monies.

“This is like the dog ate my hmework,” he added. “It’s sad. I wish it hadn’t happened. I don’t know whether it was carelessness or lack of belief on his part in the role of the federal government and government assistance. I don’t understand his unwillingness to accept federal dollars. This was bad handling of the job. Education is the obvious need, and we need support where we can get it.”

Lautenberg’s office later issued a formal statement from the senator, reprinted below.

“A faulty application for funding cost New Jersey families $400 million in support for their children, and the first response from the Governor was to blame others for his submission,” said Lautenberg.  “Real leadership requires that you take responsibility for your mistakes — and not try to shift the blame to others. The Governor’s administration made a giant error, and they need to take responsibility for it.  Blaming President Obama is like blaming the teacher when you didn’t do your homework. President Obama and the Congress worked tirelessly to make this funding possible, and the state bungled it – it’s as sad and simple as that.” 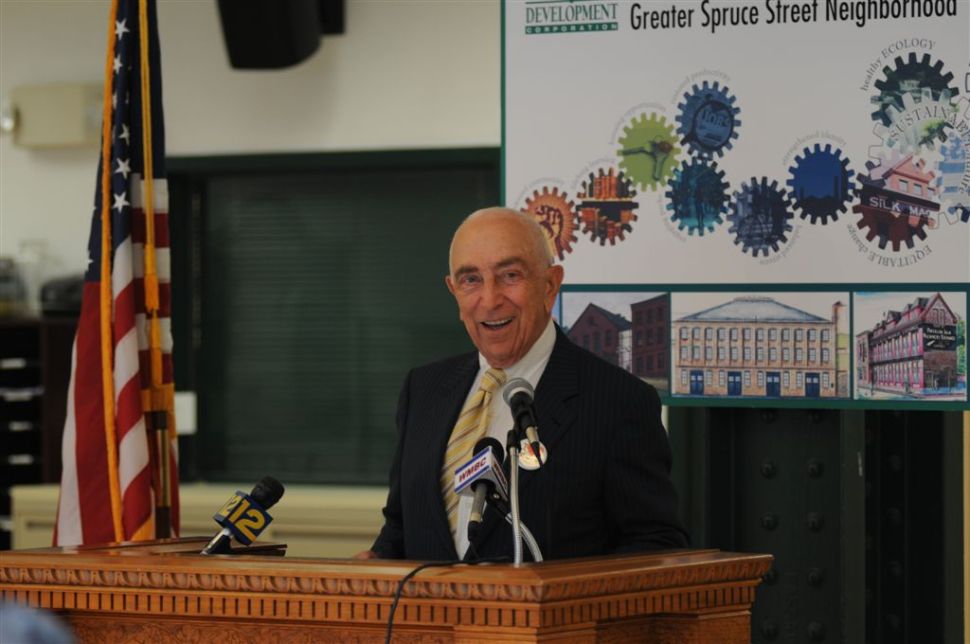