Woodbridge Mayor John McCormac, who served as state treasurer from 2002 to 2006, has so far been mum on his role – or his possible liability – in the state’s recent settlement with the Securities and Exchange Commission.

McCormac did not return calls from PolitickerNJ to discuss his role in the pension debacle that forced the settlement of charges that the state mislead investors over a six year period.

The SEC charged that the state mislead investors in its bonds over the funding of its two largest pension plans.  According to the complaint, the state failed to disclose in 79 bond offerings that it was underfunding the pension plan, or that it had overvalued the securities that make up the plan by some $2.4 billion.

“These misrepresentations and omissions created the fiscal illusion that TPAF and PERS were being adequately funded and masked the fact that New Jersey was unable to make contributions to TPAF and PERS without raising taxes or cutting other services, or otherwise impacting the budget.”

McCormac was treasurer during four of the years in question, while Peter Lawrence was acting treasurer in 2001 and 2002 and ex-Goldman Sachs executive Bradley Abelow held the role in 2006 and 2007.

Neither Abelow, whose number is unlisted, nor Lawrence could be reached for comment.

There is another twist to the pension saga.  The story began in 2001 when the legislature approved a bill that would up retirement benefits for public employees and teachers by 9 percent.  To pay for the increase, the legislature decided to revalue the state pension fund as of the close of market two years earlier, before the dot com bust.  That move upped the paper value of the pension fund by $2.4 billion, giving the state the money to pay for the pension boost.

That legislation was sponsored by none other than Republican State Senator Peter Inverso, (R-Hamilton), who represented the public employee-heavy 14th district.  In his reelection bid that year, Inverso collected thousands in donations from both the NJEA and the CWA.

Inverso eventually gave up his seat to Republican Bill Baroni, another union favorite who earlier this year gave it to Republican Tom Goodwin.  Goodwin is in the middle of an uncertain re-election bid against Assemblywoman Linda Greenstein, (D-Plainsboro) who will fund her campaign largely with the aid of the same public employee and teachers unions Inverso helped 9 years ago. 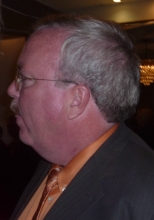