The mayors of Robbinsville, Hamilton and East Windsor filed a lawsuit this morning to force the state to make good on a promise of money to replace trees destroyed by a recent turnpike expansion project.

The lawsuit, which names the state of New Jersey, The Turnpike Authority and the Department of Environmental Protection, is the culmination of a several-week long dispute that erupted after the state DEP reneged on a promise to provide several more than $9 million to the townships for tree replacement along the 30 mile stretch of turnpike that is under construction.

The money was supposed to be turned over by the Turnpike Authority to the DEP for use in the No Net Loss reforestation program.  The mayors say the deal was part of the agreement to turn over land for the expansion and those agreements would never have been made without the anticpation of the reforestation money.

“They came into our community and essentially bulldozed thousands and thousands of trees and they are now turning around an telling the citizens of the community to go pound sand,” said East Windsor Mayor Janice Mironov, whose town is the hardest hit with thousands of trees on 81 acres felled. “That’s morally and legally wrong and we are determined to take whatever steps we can to pursue our funding.”

Instead of going to the reforestation effort, the money was diverted by the DEP as part of the most recent budget and is earmarked for use in the agency’s general park operating budget.  A spokesman for the DEP said earlier this week that the diversion was the administration’s call and was part of a mandate to keep the state’s parks open fro the remainder of the summer.

Mayors Dave Fried of Robbinsville, John Bencivengo of Hamilton – both Republicans – and Mironov met with state officials last week to try to resolve the dispute, but have reportedly been unable to come to a compromise.

East Windsor is due more than $4 million, Robbinsville more than $3.5 million and Hamilton nearly $2 million, according to the agreement struck with the Turnpike Authority.  The deal was approved by the Statehouse Commission on July 2, four days after the budget containing the money diversion was approved.  Assemblyman Joe Cryan, a member of the commission, told PolitickerNJ that he and other members were unaware that the money no longer was slated for reforestation when he approved the land purchases.  Had he know, he would not have voted for the deal, he said.  Cryan has suggested that the deal be re-heard by the commission.

The suit seeks to force the DEP to turn over the money for reforestation and seeks an injunction to prohibit the Turnpike Authority from turning over the money to the DEP until the dispute is resolved.

“How does local government trust the state government if they are not going to keep their word,” Fried said.

In a statement, DEP Commissioner Bob Martin called it “unfortunate” that the mayors of the three towns chose to file the suit while a deal was still being worked on.

“During these tough economic times for the state, we have tried our best to stretch out the use of available funds, targeting the most important needs of its residents. Keeping our state parks open this summer for all New Jersey residents, so they could enjoy low-cost recreational options, and preserving many hundreds of jobs of people who work in the parks, was a priority for which we used some money that had been earmarked for tree projects in the three towns,” Martin said.

“I, along with DEP staff and Turnpike Authority officials and staff, met with officials of Robbinsville, East Windsor and Hamilton last week to hear their concerns, explain the situation and try to find a possible solution. This legal action is especially disappointing because they knew we were actively working to solve their issues.

According to a source, state officials have been trying to come to an agreement with the mayors that would involve phasing the payments over several years.  So far, no deal has been reached.

The suit is significant for several reasons not the least of which is the involvement of two high profile Republican mayors.  Both Fried and Bencivengo, who is the mayor of the state’s eighth largest municipality, were strong supporters of Gov. Chris Christie and both men signed on early to Christie’s constitutional tax cap plan.  But both have said the state – and Christie- has taken enough from the municipalities.

“This is a precedent being set and we want to stop it now,” Bencivengo said.  “They are taking money that has been committed to municipalities and using it for other things.  That’s what’s happening and it’s not right.” 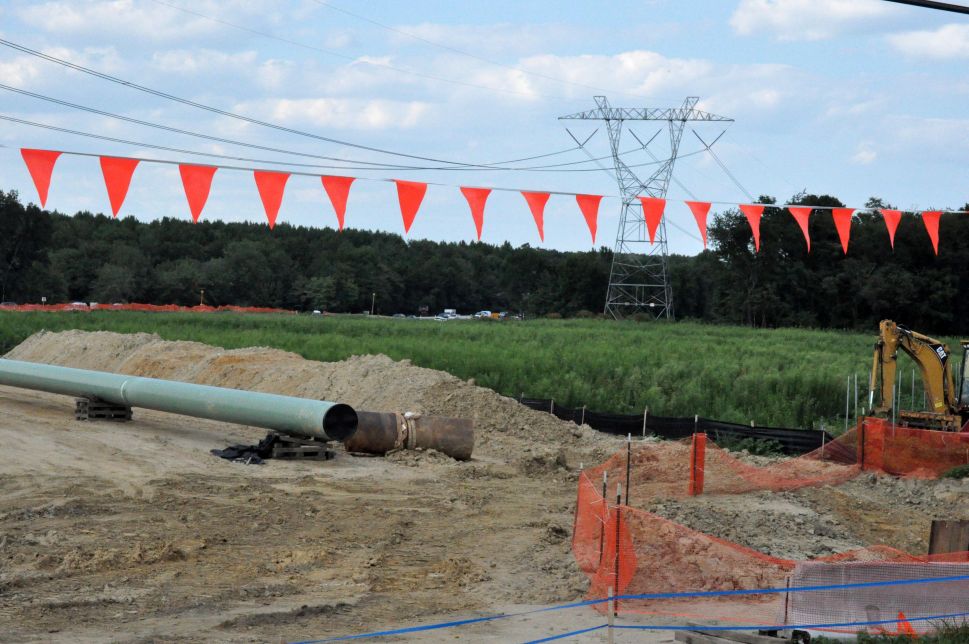