Trenton Mayor Tony Mack has a number of problems right now, not the least of which is a budget gap of more than $50 million.  So at the risk of piling on the beleaguered mayor, here are a few more.

In his honor’s campaign finance report filed with the New Jersey Election Law Enforcement Commission on June 9, Mack shows that he paid a $72 parking ticket issued by the City of Trenton.  That’s illegal in the state.

In an amendment to the report filed August 6, the parking ticket  is no longer listed, but the disbursement amount doesn’t change. Did he reimburse his campaign account? Doesn’t look like it. In fact, two full pages of expenditures are missing from the amended report.

In his most recent report, also filed August 6, Mack clearly lists campaign workers that were paid with cash after they presented vouchers issued by the Mack campaign-day team – also against state election law.  You may remember the near riot at Mack HQ on election eve as angry residents stormed the gates in search of their promised $60 payment.

By the way, Mack still hasn’t found appropriate parking.  An astute PolitickerNJ reader snapped this picture yesterday of the Mack Mayor-Mobile illegally parked outside the Trenton Marriott.  It’s good to be the mayor. Or maybe not. 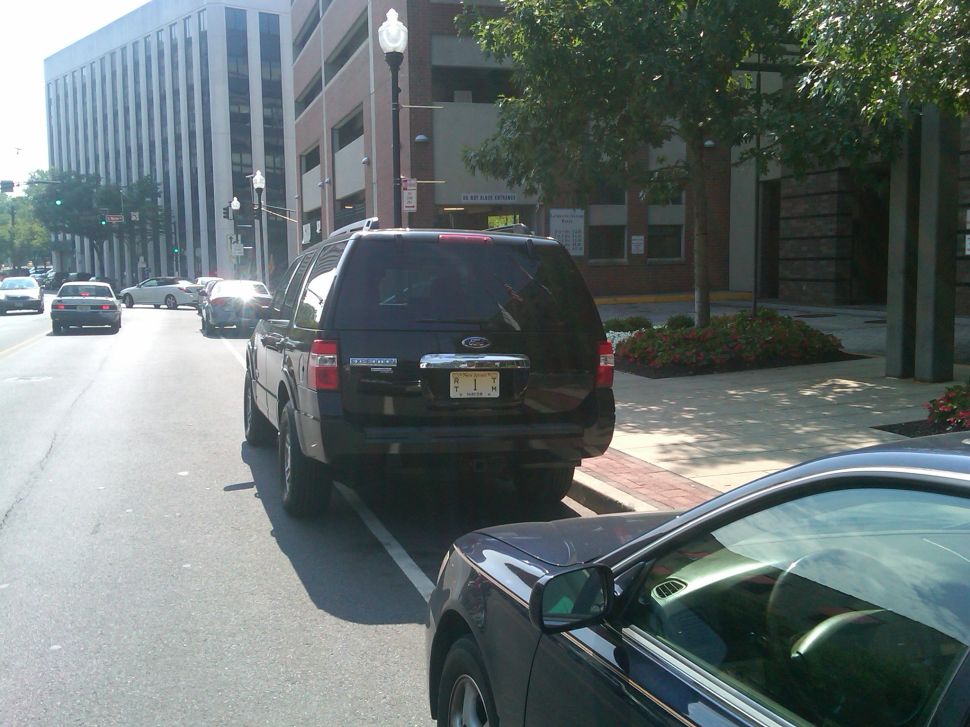