A broken promise from the state over the replacement of hundreds of trees felled for the Turnpike expansion has Republican mayors in at least two towns spitting mad and threatening to sue the administration.

Mayor David Fried of Robbinsville said his town is prepared to sue the state to recover more than $3.5 million that was promised them as part of a state’s No Net Loss reforestation program, but was diverted by the governor in his first budget.

The money, which totals more than $15 million for all of the towns involved, was moved to the general Department of Environmental Protection budget for use in statewide park maintenance.

“The reason we allowed the Turnpike Authority onto the land is they agreed to the reforestation. Had we known that we wouldn’t get the money we would never in a million years have agreed to sell the land,” Fried said.

“They can’t keep taking money away from the towns,” Bencivengo said.  “They commit to this stuff and you plan things based on that commitment.  In the end, they take the money away and in this case the money was a big part of the consideration of what they wanted us to do.”

The issue, first reported in the Times of Trenton, began when the townships agreed to sell land to the Turnpike Authority for the expansion of the highway, expecting that the felled trees would eventually be replaced. Eventually, they learned the money that was handed over to the DEP by the Turnpike Authority was diverted by to pay for daily parks operations.  The towns won’t get a dime.

“What’s crazy is you have the mayors arguing against the DEP for trees,” Fried said.

A spokesman for the DEP confirmed that the money was moved by Gov. Chris Christie’s administration in an effort to keep the state’s parks open for the summer.

“That was done back in April,” Spokesman Larry Ragonese said.  “One of (the administration’s) mandates was to keep the parks open this year so that was a decision made by the administration in the budget, which was approved by the legislature.”

Christie-spokesman Mike Drewniak said the administration has been in touch with all of the mayors involved.

“It’s something we are working to remedy and we’ve been in touch with each of the mayors,” he said.

Ragonese said all sides had a productive meeting last week in an effort to find a solution to the mess.  At the meeting, Turnpike officials agreed that trees would be planted on all of their right of ways to help shield the public from the highways.

But Fried and Bencivengo remember the meeting differently. Fried said turnpike officials said that the Turnpike Authority’s right of way in Robbinsville was too small to plant sufficient trees to shield neighboring residents from highway noise.

Both mayors said they don’t plan to wait long for the solution.

Along with the reforestation money from the turnpike, other money was diverted as well,  Ragonese confirmed.  Proceeds from state issued forestry license plates that is supposed to be used for reforestation were also diverted to the parks.  Ragonese could not confirm the amount of plate revenue included.

There is a financial twist to this as well. The money for the Turnpike expansion was borrowed through bonds – the money to be used for infrastructure repairs.  But by diverting the money from the tree replacement to operating expenses the DEP is in effect using borrowed money to pay its day to day costs, Fried said.

“Using debt to pay short-term operations budgets is exactly what we as Republicans have been saying is bad government,” said Fried, a strong supporter of Christie, who nevertheless said he plans to follow through with a lawsuit if the money is not restored.

The mayors have found an unlikely ally in their quest to have the money restored.

The purchase of the land was approved on July 2 by the state’s Statehouse Commission. Assemblyman Joe Cryan (D-Union), who is a member of the commission, said members were never told that the money had been diverted as part of the budget approved earlier that week. Had he been, he would never have voted to purchase the land from the towns he said.

“I think most of the committee members wouldn’t have voted for it if we’d known the money wasn’t there,” Cryan said.

Now the Democratic assemblyman said he thinks the purchases should be put to another vote, this time with all information in hand.

“In all fairness to these mayors, this should come back to us,” he said. 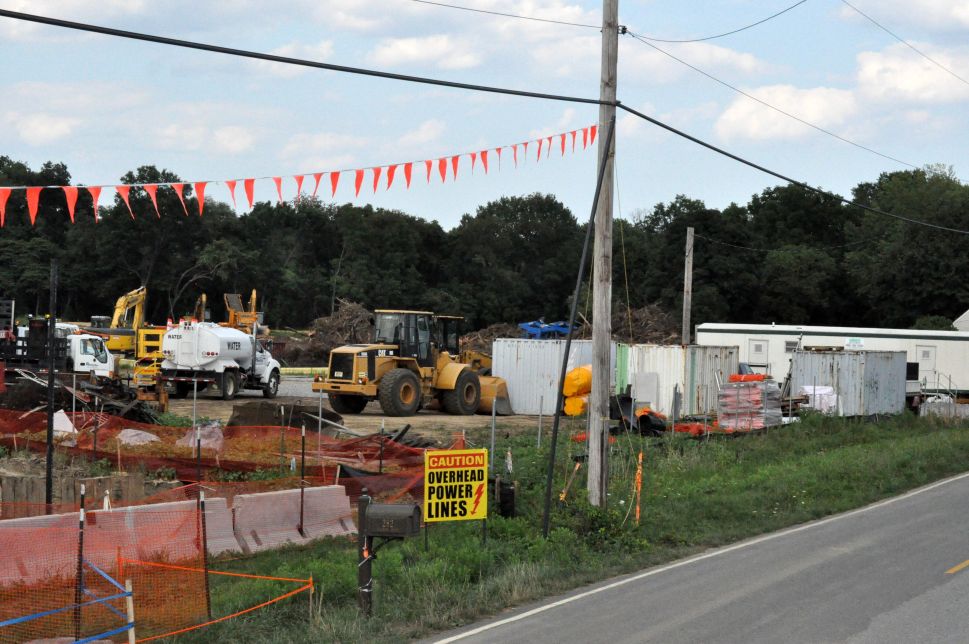