State Senator Donald Norcross (D-Camden) and Assemblyman Paul Moriarty (D-Gloucester) say they have what amounts to the biggest crack down bill yet on deadbeat pols and hacks who abuse the system.

The pair of South Jersey lawmakers – the first running in a second election in November and the second up for re-election in a battleground district next year – say their legislation would eliminate or blunt government perks like luxury car stipends and housing allowances to personal drivers and government-issued credit cards. They promise strict new ethics standards, “such as a revolving-door policy banning officials from working with certain private employers for two years after leaving their government jobs.”

“The taxpayers of New Jersey have spoken loud and clear,” said Norcross in a statement. “They are demanding that government wake up and live within its means, just like they and their families must do every day. That means cutting the waste of taxpayer dollars due to patronage, perks and other excess spending.”

Moriarty had the same get-tough tone.

“It’s time to cut up the government credit card,” said Moriarty. “This law will be a reality check for all public officials and employees. While the great majority of them are honest, diligent workers who serve the public well, others have taken advantage of a system that offers too much opportunity for abuse.”

The lawmakers said their bill is a counterpunch to news that a Delaware River Port Authority (DRPA) official abused access to a free EZ-Pass transponder for a family member. 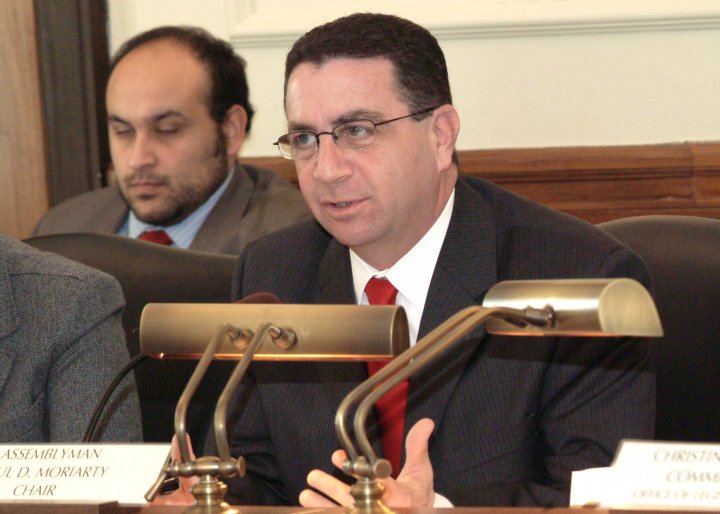