If a mayoral recall is endorsed by Ridgefield voters tomorrow, Mayor Anthony Suarez could be out of public office before the clocks strikes midnight, according to a special attorney for the Ridgefield Clerk’s Office overseeing the public referenda.

Suarez was one of the 44 Bid Rig arrests last July, accused of receiving $10,000 in return for a wink-and-nod on proposed development.

He was one of three mayors implicated in the sting. Despite widespread calls for his resignation by high ranking party officials, he is one of only two arrested who has not stepped down from office. (The other, Mariano Vega, stepped down as president of the Jersey City Council, but not as councilman).

As governor, Jon Corzine also froze development approvals from Ridgefield; but none of the pressure has changed Suarez’ stance. The mayor is awaiting his day in court in September, and tried to convince recall supporters to let the courts decide his fate before the voters decide on their leadership.

Suarez was re-elected mayor in 2007 and would serve until 2011, if not for the recall effort sired by local Republican Chairman Bob Avery.

Two questions appear on the ballot for voters tomorrow: 1. Should Mayor Anthony Suarez be recalled? 2. If so, which of the three candidates should replace him?

Councilmen Javier Acosta and Warren Vincetz appear on the ballot as possible replacements, along with train conductor and former aircraft mechanic Albert Gil.

Ridgefield Clerk’s Office special attorney Michael Kingman said the ballot votes will be tallied tomorrow night and could – worst case scenario – take a month to count, depending on how close the vote count is and how many provisional and absentee ballots are collected. At best, election results could be certified tomorrow night, he said.

If Suarez is defeated, the process to remove him from office and swear in the top vote-getter will begin immediately, Kingman said. Of course, since two of the candidates are on the township counsel, they would need to present their letters of resignation first.

Suarez still has an outstanding Appellate Court challenge as to whether a sufficient number of verified signatories appeared on petitions seeking the recall.

Kingman is a party to the appeal on behalf of the borough’s clerk, due to its official role as local election superintendent.

“It doesn’t become moot, unless the mayor wins,” he said today. Otherwise, Suarez’ attorney will seek to invalidate the election based on improper petitioning.

Kingman said some legalities related to the recall process in general have not been tested before. “We don’t have any meaningful judicial history. This is a real novelty,” he said, in the legal sense. “This is obviously one of the few cases that has gotten this far.”

Suarez is not answering calls for comment, but a statement on his anti-recall website notorecall.com reads: “This recall election is being paid for by you, the taxpayers of Ridgefield, at a cost around $25,000.00, and at a time when Ridgefield has absolutely no money to spare. It also comes after repeated efforts by the Avery-led Recall Committee, to have the recall election take place. The committee started to gather signatures last fall, withdrew their initial petition, had it rejected twice by the town clerk and went to court several times to achieve their objectives. This has cost our town additional and unnecessary legal fees.”

He continues: “Just as the Avery-led Recall Committee went to court, I too deserve my day in court; believe firmly in innocent until proven guilty and the chance to clear my name and reputation. The outcome of the trial will determine my fate, which is only weeks after this recall election. The timing of the special August election demonstrates the continued waste of taxpayer money for their own means, and is just another effort by Mr. Avery and his team to wrestle the mayoral seat away which they failed to do several years ago at the voting booth.”

But tomorrow the voting booths will be opened once again. The “independent” in the group of three looking to replace Suarez, Gil said today, “He should have stepped down months ago. Innocent until proven guilty, sure. But when you have the indictment hanging over your head, no one wants to deal with you.”

He said the lack of communication between the mayor and the public and press since his arrest is “a failure of his leadership” on his part.

Is Gil preparing for election day tomorrow? “I gotta go to work in the morning,” he said.

Is this the last day Suarez can say the same? 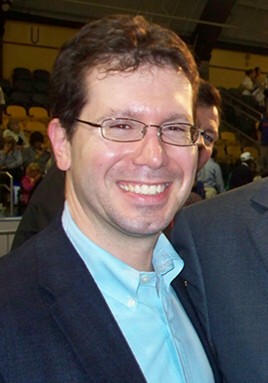