In voting against the education bill, the Republican congressman “sided, yet again, with national Republicans and voted to put more workers on the unemployment rolls, and cut the vital education programs and services that move American students from the classroom to the workforce,” said the challenger.

From 1999 to 2007, Potosnak taught up the road from here at Bridgewater-Raritan High School.

“This bill means $268 million for New Jersey schools,” said the North Plainfield resident. “The Education Jobs Fund Bill will restore or protect the jobs of nearly 4,000 qualified teachers. As a teacher, I know how important this legislation will be for New Jersey’s working families and students.”

Potosnak also criticized Gov. Chris Christie, whose more than $800 million in school aid cuts earlier this year forced deep teacher layoffs and program cuts. After intiially saying he would not apply for the federal money to undo some of his state-level cuts, the governor softened his position following yesterday’s vote in the U.S. House, and acknowledged that he would apply for the funding.

But to Potosnak, both Christie and Lance already amply demonstrated their priorities.

“Yesterday, we witnessed the Lance-Christie Education Plan – lay off teachers, increase classroom size, and decrease the quality of our children’s education,” he said.

While Potosnak went on offense, Lance prepared to begin a town hall meeting in Summit, one of a series of planned public events during the Congressional recess.

Tonight, he will be in Roselle Park.

“The governor all along was concerned that this (federal) funding constitutes a one-shot deal,” said Mitchell. “What will happen when the money’s not there?”

Confronted with National Education Association (NEA) numbers showing that the money would enable the 54 towns in the 7th District to retain or rehire 56 teachers, or roughly one per town, Postosnak said, “If Leonard Lance doesn’t think that’s enough, what is he going to do to get us more (teachers)? He’s done nothing to save jobs.”

Mitchell shot back, “We’ll be happy to talk about what his majority has done to kill jobs around the country.”

Moreover, Lance’s chief added, “The education bill cuts food stamps – a terrible thing to do in this economy. Imagine the outrage from Democrats if Republicans voted to cut food stamps. You’re adding an additional teacher per school while cutting food stamps. That doesn’t seem to be a real good trade-off.”

Potosnak today reiterated his challenge to Lance to walk the district together to hear from 7th District voters.

“I can understand why Ed would want to walk the district with Leonard,” Mitchell said. “He just moved here. Leonard’s lived here his entire life. If Ed wants to know all the nooks and crannies of the 7th District, that’s probably a good thing for him.”

But Mitchell doesn’t know why Lance has to be the tour guide.

As for debates, “We’ll cross that bridge when we come to it,” added Mitchell, who left open the possibility of the congressman participating in a post Labor Day debate with Potosnak. 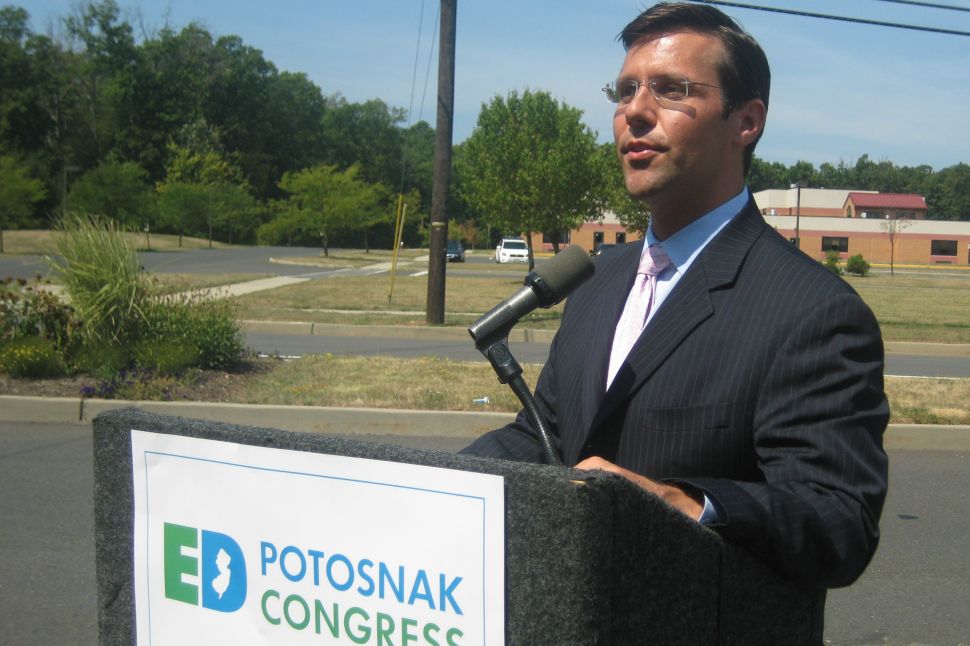