Sources are confirming that Education Commissioner Bret Schundler has been fired by Gov. Chris Christie.

According to sources, Schundler refused to resign over the application gaffe that cost the state $400 million in federal education funds and was terminated.

Reached as he was reportedly packing his desk, Schundler told PolitickerNJ “I don’t want to talk right now.”

According to a report in The Star Ledger, Christie felt misled by Schundler over the state’s public presentation of its Race to the Top federal grant application. During a press conference Wednesday, Christie said that Schundler had tried to correct an error in the application during the presentation but was rebuffed by federal education officials.

Thursday, the U.S. Department of Education released a video of the presentation that clearly showed Schundler and other state education officials caught off guard when the error was pointed out.  They were unable to correct the error during the presentation.

“I was extremely disappointed to learn that the videotape of the Race to the Top presentation was not consistent with the information provided to me by the New Jersey Department of Education and which I then conveyed to the people of New Jersey,” Christie said in a statement.  “As a result, I ordered an end to Bret Schundler’s service as New Jersey’s Education Commissioner and as a member of my administration.

Christie had publicly chastised federal officials right up to President Obama, saying that the state’s loss of the grant money was the result of bureaucracy run amok.

As they have all week, Democratic lawmakers wasted little time in attacking Christie for the error.  Democratshave spent most of christie’s tenure back on their heels reacting to the governor rather than driving the agenda.  The Race to the Top error has provided them their first opening to attack and they have taken it with gusto.

Assembly Speaker Sheila Y. Oliver (D-East Orange) said in a statement, “New Jerseyans have lost confidence in the state’s education leadership, so a change is appropriate.

“The attempts to blame others for this mistake must now stop,” she said. “We also continue to have many unanswered questions about this $400 million mistake. New Jerseyans deserve an honest accounting from Gov. Christie about what truly happened with this costly error. Thus, I expect full cooperation from the executive branch as the Assembly moves forward with its inquiry into this lost funding opportunity.”

The Assembly Appropriations Committee will hold  a special hearing on Tuesday, Sept. 7 to begin its investigation, she said.

The state lost out on the grant application in part as a result of the error, which caused points to be docked.

Just days before the submission deadline, Christie publicly chastised Schundler for cutting the deal with the union and took hold of the application process.  The application was reworked at the 11th hour and hand delivered to Washington D.C. the day of the deadlline.

The state was docked four from its total because the application contained the wrong budget information, a gaffe the teachers union said was not part of their original application.  In a heated press conference, Christie said nobody would be fired over the error, blaming a mid-level staffer in his administration.

He also defended Schundler, saying the commish attempted to remedy the error during the presentation.  The video proved him wrong and sources say te governor was left with little choice but to ask Schundler to resign.

Yesterday, the union wasted little time in taking Christie to task for the mistake and for his attempt to shift blame.

“If it is true that the commissioner has been fired, it is clear this is another exmaple of the governor looking to find a scapegoat for his own mistake,” said New Jersey Education Association Spokesman Steve Baker.  “This was strictly Chris Chrisitie’s decision to throw out a good application, which by the way had the right information on this issue.  He is the one who decided to go on the offensive and attack Washington bureaucrats and the administration down there. He has been pointing the finger everywhere else but it may be time to look in the mirror because the responsibility for rthis fiasco is his and his alone.” 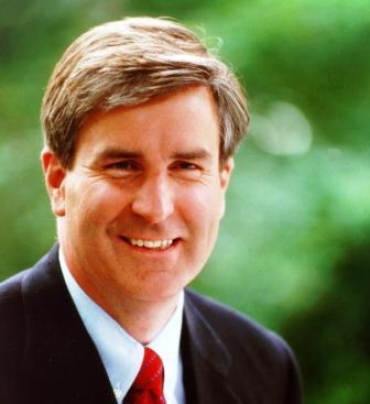