Appointed to Mayor Dawn Zimmer’s ward seat when she took over as mayor, Hoboken Councilman Michael Lenz is running in a special election for the 4th Ward in November.

This won’t be his first run at the seat.

In 2001, Lenz was campaign manager for David Roberts’s mayoral run.

Shortly following Roberts election win – he was the reform candidate that beat soon-to-be-indicted Mayor Anthony Russo – Lenz was bartering for a job and threatening to run in the 4th, according to one eyewitness. It’s a storyline that Lenz disputes and condemns as backtracking into a political ghostland as the campaign accelerates with typical Hoboken viciousness toward Election Day.

Perry Belfiore was another integral part of Team Roberts, and it’s mostly his memory at work in reconstructing Lenz’s moves on the 2001 political terrain. These days, Belfiore’s backing Lenz’s opponent in the 4th, Tim Occhipinti.

Belfiore recalls the job-or-else threats that Lenz pushed in 2001, and another job push he made in 2002, stylistics that clash with Lenz’s prominent placement as the local brains behind Zimmer’s reformer image. It’s that image Lenz’s allies intend to burnish in the face of Occhipinti, once a dedicated ally of Mayor Peter Cammarano, who after pleading guilty to taking bribes is on his way to jail.

But Lenz was hardly above exerting his own old school Hoboken flair, according to Belfiore.

“Lenz made this very clear early on that he wanted to be the director of the parking authority,” the councilman’s political friend turned foe remembers. “He told me. He made no bones about it.” Other sources not as close to the 4th Ward race this year also confirmed these allegations against Lenz.

“(Lenz) lobbied Dave,” Belfiore said. “My job was to work with (the sitting parking director) and try to cleave the position (from her).”

Contacted by PolitickerNJ, Lenz wrote back in an email, “I think it is good government to appoint folks who are well qualified, and in tune with a Mayor’s vision. Having been a supporter shouldn’t get you a job, but it shouldn’t keep you out of one either.

“Before the 2001 election the only commitment I sought or received was a very open one – Dave Roberts’ public promise that Lynda Walker would have his support to fill the 4th ward seat,” Lenz wrote. Roberts backed young Hispanic attorney Chris Campos, who was ultimately unseated by Dawn Zimmer. “Once the votes were counted Dave broke his promise to Lynda and her supporters, and began rejecting everything Hoboken United had run on.”

He does admit going after the job.

“I fought against the shifting goals, and to see Lynda appointed to the Housing Authority Board, where she served honorably for five years. I also sought a position in government for myself,” Lenz said.

Having bagged a $1,000 per week salary as campaign manager, Lenz was unemployed and looking for work.

Other reformers were stacked on boards by Roberts, including the parking authority board that would need to approve a new director. Unfortunately, the board members, who were close to Lenz, were not buying into his placement there.

Lenz was angry that Roberts didn’t get buy-in from the commissioners to approve his appointment as director, Belfiore said, and said that he should have had a commitment from them before he put them on the parking board.

Leading into a meeting, infamous around Hoboken political circles, Belfiore said of Lenz: “His frustration is palpable because all doors are closing on him.”

According to Belfiore, Lenz said, “I’m tired of this. Either I get that job or I’m running against (Roberts’ candidate) Chris Campos in the 4th.”

Roberts said, “We’ll now I can’t give you the job because that’s a quid pro quo,” Belfiore recalled.

“All of the sudden you have a member of your own team trying to hijack you with a quid pro quo,” said Belfiore, who pulled Lenz aside and tried to calm him down.

“Let me see if I can’t continue to work my magic,” he says he told Lenz.

“I’m tired of this. I’m going to run against Campos,” Lenz told him, according to Belfiore.

“Then I will destroy you,” Belfiore told him.

He did; Lenz lost the election.

Soares, still allied with Lenz, recalled, “I was part of the aftermath of the conversation.”

“I was stuck in the middle,” Soares said, because he was close to the newly-appointed parking members who wouldn’t back Lenz as director.

“It was Dave who was strong-arming them,” he said. “I was told, ‘They’re your friends, they’re your appointments.'”

Lenz and Roberts walked up to Soares after the meeting in the park, Soares recalled.

Roberts told Soares that Lenz was planning to run, because he couldn’t get the job as parking director.

“It’s all your fault,” Soares remembers Lenz telling him.

“I don’t think you should run,” Soares told him. “Michael got trounced.”

That wasn’t the end of the on again, off again relationship between Lenz and Roberts.

Lenz went on to become Hoboken’s chief financial officer in 2002.

According to Belfiore, it was State Sen. Bernie Kenny who called for Lenz to be pulled back into the gang to minimize the political foes the team was dealing with, a conversation Kenny says he does not recall.

Lenz called Belfiore and told him, “I need help with the Latin Kings,” meaning councilmen Ramos and Campos and Health and Human Services Director Carmelo Garcia.

Belfiore said he called Ramos himself to try to convince him that Lenz should be hired as CFO.

“Are you out of your [expletive] mind?” Ramos asked him, according to Belfiore.

“I said wait a minute,” Belfiore told PolitickerNJ, “This is a guy who has railed against political patronage. You’re showing him out to be the whore that he is.”

That was all Ramos needed to hear; he voted for Lenz’s appointment.

“You’re asking for my help,” Campos told Lenz. “But your best friend (Lynda Walker) is planning to run against me in the 4th Ward (in 2003).”

“She won’t run,” Lenz told him, according to Belfiore.

According to one insider, Walker was never going to run and therefore Lenz wasn’t promising anything, but rather merely informing Campos.

Lenz contends: “A year later, with no political quid pro quo sought or given, Mayor Roberts asked me to serve in the finance department. I hoped it signaled a commitment to live up to his promises, and I said yes.”

Lenz was hired, then fired as CFO, and won a large court settlement after suing the city for wrongful termination. Lenz has maintained that he was fired because he didn’t underfund the budget against Robert’s wishes.

“The charge that I made political commitments to secure council support for CFO is false and ludicrous,” he said. “I was just decimated in a special election – I had no political power. I was asked for no political support and offered none.”

One of the alleged principal players, Kenny, remembers none of this.

“If I was ever part of such a conversation, I don’t remember that,” he said. “I’m unaware of anything about Michael Lenz that’s inappropriate.”

“Now after two disastrous terms as Mayor, Dave Roberts is working behind the scenes to discredit me for something (that allegedly) happened before he chose me as CFO,” he wrote. “It says all you need to know about Dave Roberts that he passed me over to hire a crook to run parking and fired me as CFO – the one guy willing to defy him and refuse to overspend the budget.”

Soares thinks back: “If anything, Michael wasn’t the one who sold out. I was the one.” 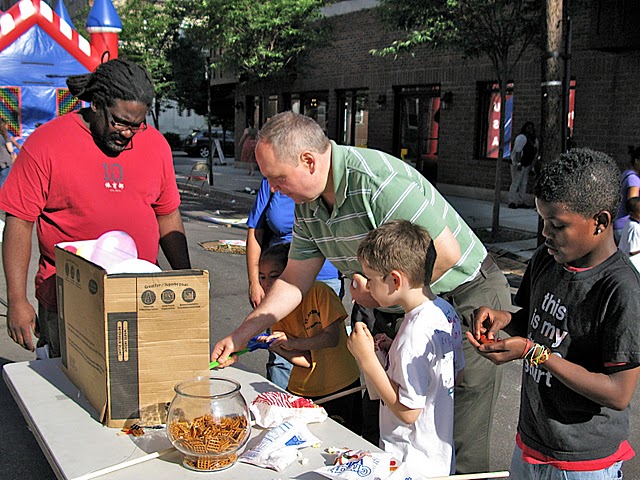