RIDGEFIELD – As hard as they gussy it up with Spanish manors and San Francisco-style backyards, much of this town of vertigo-inducing peaks and valleys still looks like it was built on the side of an upended aircraft carrier, and right now, far above the swamps, that’s the political career of Democratic Mayor Anthony Suarez hanging off the bow.

Embarrassed by the federal corruption charges leveled against their mayor, the GOP and their allies secured today’s recall election and positioned Councilman Warren Vincentz for the mayor’s job.

“My position is that it’s time to bring honor and integrity back to Ridgefield,” the four-year council veteran and chairman of the finance committee told PolitickerNJ.com as he campaigned outside the high school.

“I wish he were just a little more exciting,” confessed one Republican, who moments later acknowledged that when a town’s mayor is up on corruption charges, wonkish steadiness in the alternative doesn’t have to be a negative.

Plus, Vincentz has at least one secret weapon on the campaign trail: his daughter, whose Italian language fluency stops two elderly women in their tracks late in the day and impresses them enough to change directions and head for the polls.

In the event that voters trigger thee recall half of the election, Suarez backers told supporters to vote for Councilman Javier Acosta. A third option, train conductor Albert Gil, is an independent Democrat.

As for the vertigo up here, a smiling Vincentz said, “I’m an engineer.” 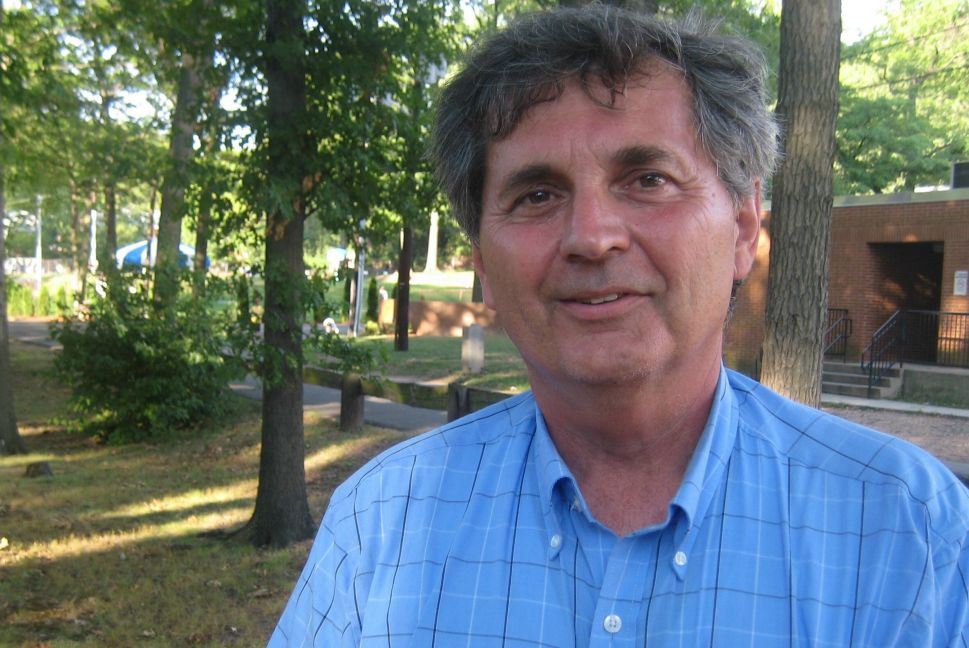