The indicted mayor of Ridgefield survived a recall election Tuesday night. His arch-nemesis, local GOP Chairman Bob Avery, pointed out that all Suarez accomplished was to hang on for a few more weeks before a federal judge pulls the plug. But in the meantime, Suarez on Tuesday evening might have been able to grab a microphone at his victory party and echo the words of Union City Mayor Bill Musto, who on his way to jail shouted to voters who had just re-elected him: “You are my jury!”

A Quinnipiac University poll released this week shows the vacation-rested governor with a 51-36% job approval rating, with 51-39% convinced that the governor is more “leader” than “bully;” up from a June 17 survey when voters split 44-43% and 44-43% on the same questions. Moreover, the governor is leading man in a 20+ minute Republican Governors Association film highlighting his election and his first eight months in office.

The Bergen County Republican Committee on Thursday night resoundingly voted for John Mitchell of Cliffside Park, a retired government operations director, to fill a freeholder candidacy vacancy created by the departure from the ticket of Rochelle Park Mayor Frank Valenzuela.

A bill signed into law this week by Gov. Chris Christie gives freeholder boards (in those counties that don’t have county executives) veto power over decisions made by county authorities in an effort to curb irresponsible spending. Senate President Steve Sweeney (D-West Deptford) sponsored the bill, and on that basis might have been a winner this week, were it not for other news (see LOSERS below).

The President’s job approval rating in New Jersey is now split 47-47%, down from a 50-46% approval rating June 17 and Obama’s lowest ever in the Garden State, according to Quinnipiac University.

The Republican Bergen County Freeholder approved Wachovia Bank, a subsidiary of his employer Wells Fargo, as the depository for Bergen County funds, according to an ethics complaint filed this week against the Republican.  No telling how it will play out as the filer sent it to the wrong place.

The failed Hoboken city council who in 2007 anchored his candidacy with a proposal for an ice rink in the Sixth Ward, stands accused by the FBI of bank fraud, wire fraud and mail fraud for “allegedly orchestrating an elaborate scheme to obtain $21 million in bank loans,” according to the Jersey Journal. 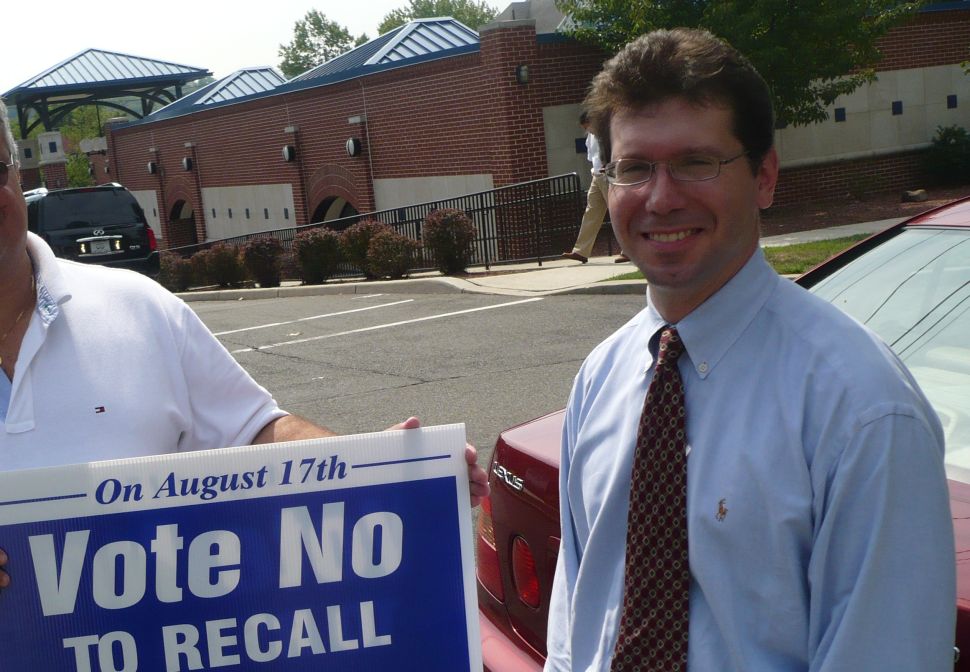