The Passaic County Democratic Committee chairman needed a win with Berdnik, and got one last night. Currie could have unraveled after Speziale bailed on sheriff. The intra-party sharks were circling after last year’s Republican sweep in county races, but Currie took command of the crisis and ramrodded in his candidate, a cop’s cop. But, as always, this win is for one day only. Currie and Berdnik still have to win in November against an energized Republican Party.

Newark Mayor Cory Booker’s communications chief is leaving the administration after four years to be the public mouthpiece of Philadelphia Mayor Michael Nutter. A big loss for the mayor and his team, Peterkin Bell heads to the City Hall inner sanctum of the fourth biggest city in the country.

The Hunterdon County sheriff was doomed from the start with the cozy political establishment in the west Jersey county. She came in as a maverick with the prior sheriff still smarting from a lawsuit she filed against him. Barely motivated, the Republican Party bumped her across the finish line against the police chief of Lambertville, whom the Democrats tried to sell hard amid GOP turmoil. Once in office, the nightmares continued for Trout, who spent her only term in office warring with the freeholder board before the misconduct charges dropped. But this week, the chief of the Attorney General’s Corruption Bureau said the indictments should be dismissed because of “legal and factual deficiencies” – vindicating Trout.

As news landed that New Jersey missed a shot at $400 million in federal school aid due to a clerical error, the state teachers’ union escaped total irrelevance and finally landed a political jab on a flailing Gov. Chris Christie.

The state commissioner of the Department of Education had a rocky tenure in the Christie administration, until today most public when the governor smothered Schundler’s Race to the Top application negotiated with the NJEA and submitted a reworked version. That crisis doubled back this week, as Christie fired Schundler after feeling misled over the state’s public presentation of the federal grant application. During a press conference Wednesday, Christie said that Schundler had tried to correct an error in the application during the presentation but was later rebuffed by federal education officials. That was enough for Christie to flunk Schundler.

The governor pointed the finger at President Barack Obama and faceless federal drones as the culprits in N.J.’s failure to secure $400 million in education reform dollars, but in reality it was chaos in his own cabinet that was to blame.

The colorful former Paterson Police chief made a play to be the Democratic Party’s nominee for sheriff – even formally changed his party affiliation to Democrat 12 days ago – and went down hard last night to Clifton cop Richard Berdnik.

While NJEA brass pop the corks and croon over watching Christie wallow in the week’s events, the state’s centers of learning still lack $400 million they might have landed with a successful federal education reform application.

As he braces for the backlash of his announcement that the city will have to shed 1,000 public sector jobs, the mayor of Newark loses an integral member of his team at City Hall this week as communications chief Desiree Peterkin Bell heads for a better job prospect in Philadelphia. 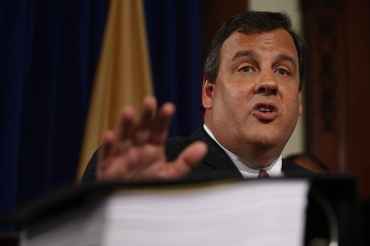