Day five of the Christie-Schundler standoff began with Gov. Chris Christie saying his former Education Commissioner didn’t tell him the truth and Bret Schundler still countering that Christie is lying.

Sources say last week’s gaffe was simply strike three for Schundler in the governor’s eyes, but the fact that Christie publicly explains the reason for Schundler’s dismissal as a lie galls Schundler, the former education commissioner told PolitickerNJ.com.

Particularly when the governor is fudging the truth, according to the former Jersey City mayor.

“If he had wanted to fire me for a mistake, for the error it turns out I made, I would be devastated,” said Schundler, referring to required information he admits to having struck from New Jersey’s Race to the Top application.

But he would not feel like his honor and word are on the line.

“The Governor is saying I misled him and that is absolutely untrue,” Schundler added.

Sources close to Christie say last week amounted to three strikes and you’re out for former Commissioner of Education Schundler, as far as the governor was concerned.

Schundler’s first teeth-grating gaffe for Christie was when he told parents in early March that they should expect school aid cuts less than 20% when, in fact, many suburban schools ended up getting nailed with 100% cuts.

Then the education chief negotiatied New Jersey’s Race to the Top application with the New Jersey Education Association (NJEA), which Christie believed was a capitulation to the teacher’s union.

“One more mistake and you’re out,” Christie told him.

The last of these finally prompted Christie to hit the Schundler eject button last Friday. 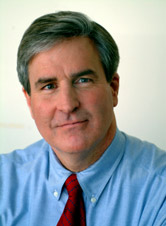