Vega resigned Monday before pleading guilty to corruption charges Tuesday.  Sources said his resignation was carefully timed to come after the registration deadline for a special election this November.

Levin criticized Vega for waiting out the registration deadline, especially since Vega copped his plea deal in July but stayed on until last week.

The process the council majority used last time the filled a vacancy for also-arrested Councilman Phil Kenny was less than stellar, Levin said.

“Last time with David Donnelly, (Kenny’s replacement), it just popped up before the public from behind a backdoor.”

“The city’s at a critical juncture,” including a $40 million budget gap, Levin said. “There’s little time for the council to politick.”

Months and months of incumbency is a powerful thing, Levin said, so he’s willing to fill the seat but not run for election to even the playing field next year.

Unfortunately, there’s little chance of that happening; if so, Levin said he’ll consider running in the special election next year.

The establishment – led by Mayor Jerremiah Healy and Councilmen Peter Brennan and Bill Gaughan – won’t plug the hole with Levin.

Vega’s seat has historically belonged to the largest voting bloc in town, the Puerto Ricans. The Healy group is favoring Vega’s top aide, Larry Nunez, but Nunez is Dominican, and the fact that his wife is Puerto Rican most likely won’t be enough for those voters.

Junior Maldonado, a Puerto Rican former councilman who lost his Ward E seat to Steve Fulop, announced last night at the City Council meeting that he would also fill the seat for a year.

Taking shots at Vega, Brennan, and Gaughan, Levin said of the seat, “I want someone who doesn’t (…) work for the county.”

Levin has lived in Jersey City for 15 and has owned his framing shop Fast Frame in Hoboken for nine years.

Fulop said he would also like to see an open process, but he said others have reached out to express interest, including former office candidates Hiral Patel and Rolando Lavarro. 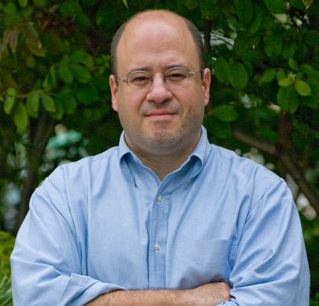