One day after playing hero-to-the-region at the foot of the Bayonne Bridge next to Gov. Chris Christie, Bayonne Mayor Mark Smith took a jab in the gut today when the Jersey Journal had to revisit for the second day whether or not Smith was approached by government informant Solomon Dwek last year.

Jersey City Councilmen Peter Brennan and Bill Gaughan met with Dwek, as the Journal reported yesterday. But in the story, Steve Gallo, Smith’s chief of staff, denied that Smith had ever met the developer-turned informant.  The Journal cited as its source court documents submitted by former Assemblyman L. Harvey Smith, who is claiming entrapment by Dwek and government agents as his defense.

Today, Gallo clarified that the mayor who won election last year did indeed meet with Dwek as well.

Gallo said the paper misquoted him yesterday, saying that Bayonne’s Smith had never met with Dwek.

Gallo told the paper today that Smith had one meeting with Dwek about taking over a stalled development site in Bayonne, but Dwek didn’t attempt to bribe Smith.

Gallo wasn’t available for comment on the miscommunication today.

Brennan, on the other hand, reportedly met with Dwek and was sent $5,000 by Dwek through a go-between, which prompted Brennan to walk away from the purported real estate mogul.

Gaughan, chief of staff to Hudson County Executive Tom DeGise, came clean to the Hudson Reporter on his interaction with Dwek over a year ago.

Brennan, at the same time, denied having met or spoken to Dwek.

Gaughan and Brennan are both aligned with Jersey City Mayor Jerremiah Healy, who carefully sidestepped the sting that netted several people in his administration, including deputy mayor and ex-burlesque dancer, Leona Beldini.

Smith, Gaughan, and Brennan join newly-minted Assemblyman Jason O’Donnell (D-Bayonne), Hoboken Mayor Dawn Zimmer and Councilwoman Beth Mason, and Jersey City Councilwoman Viola Richardson as those who were reportedly approached by Dwek, but did not engage in any untoward behavior. 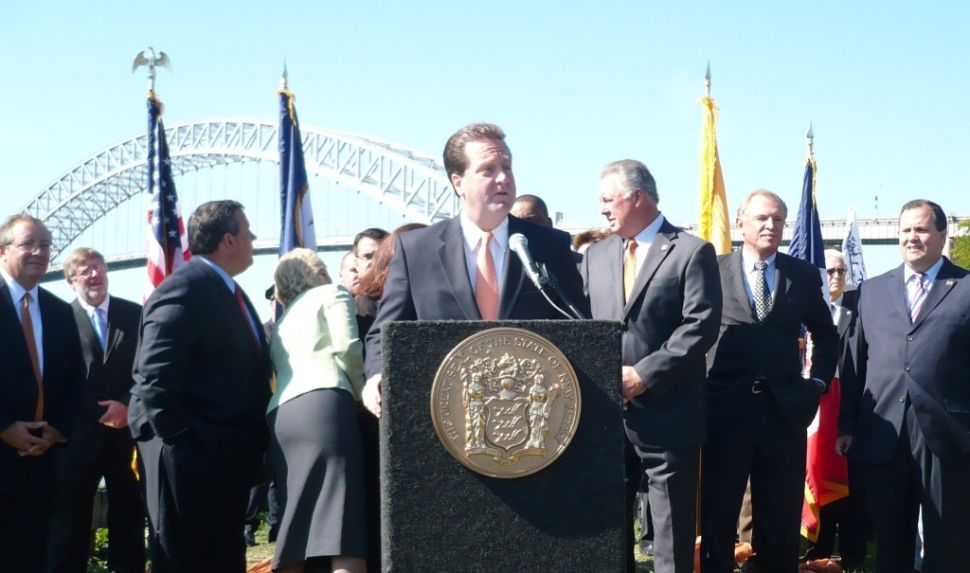