TRENTON – The Assembly Environment and Solid Waste Committee today cleared a measure that would put municipal court security into the hands of municipal governing bodies.

The 2006 Supreme Court policy directed every New Jersey municipal court to adopt a detailed Municipal Court Security Plan and submit the plan to the Assignment Judge of the vicinage for review, including certain security measures listed in the directive.

Accused of trampling on constitutional barriers that separate government powers, Chairman John McKeon (D-West Orange) said, “The last thing I want to do is create that conflict.”

The court mandates on municipalities, in and of themselves, are a “perversion of the separation of powers,” McKeon said.

A half-dozen mayors testified to this committee that the directive is unfair and unnecessary in August, McKeon said.

“I stayed away from the superior courts specifically (in this bill),” McKeon said. Locals should control the security of their courts, he maintained.

“If you can be responsible for the security of your entire community, why not the courts?” he asked.

“It’s not the same as a police officer on the corner,” Daniel Phillips, a senior legislative liaison for the Administrative Office of the Courts. “This is the court,” he said, and the Supreme Court should be able to dictate how they conduct security.

Assemblymen Fred Scalera (D-Nutley), who is also sitting in on the committee meeting because he has been involved with the creation of A3268, said, “A (Supreme Court) guidance to me is a mandate. That guidance document creates a liability for a municipality.”

“That cost is becoming a burden to the police departments,” Scalera said.

The measure was released by the committee. 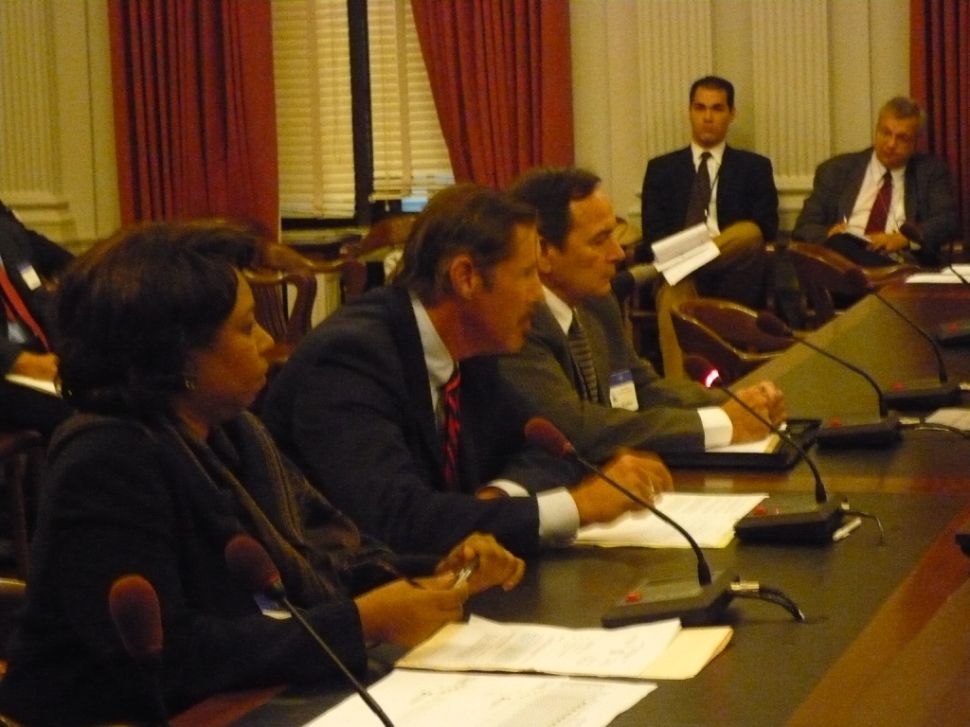