TRENTON – Senator Barbara Buono’s push to secure subpoena power for the Legislative Oversight Committee in its investigation of the administration’s Race to the Top application has passed in the senate.

After an hour of debate over the necessity of the investigation, the senate voted 21-14 in favor of granting the committee the right to issue subpoenas for documents and witnesses relevant to Race to the Top .  This is Buono’s second attempt to secure subpoena power for the committee, but the first try failed after members of her caucus, leery of taking on Gov. Chris Christie whose office was to be a target of the subpoenas, did not support her.

Instead Senate President Steve Sweeney cut a deal with Christie to turn over documents to the committee.  But Buono was not satisfied with the result as Christie claimed executive privilege over some documents.

Thursday, Buono narrowed her request, exempting the governor’s office from the request, but left open the possibility that she might try again.

“Let me say this. If the testimony taken and the documents produced at this hearing open an area of inquiry that suggests that we need a broader subpoena power I’ll be back,” she said. “I’ll be back before this body and I will be seeking to expand the power.”

Several Republicans sought to derail Buono’s effort, arguing that all information on the failed application was already in the open, making subpoenas a waste of time.

“First of all, lets just put it out there that there is nobody in this chamber that is happy at all that New Jersey lost out on $400 million federal dollars,” said Sen. Joe Kyrillos (R-Middletown).  “But there is also nobody who is reasonably observant and who reads the newspaper and understand public affairs in this state that doesn’t already know the reason why we didn’t get that money.”

But Buono was insistent that the senate committee needs to ensure that nothing similar happens in the future.  This time her colleagues backed her up.

“Are you really kidding me you don’t want answers to these questions?” said Sen. Nicholas Scutari (D-Linden). “Don’t you want some answers or do you just want to stay hey we screwed up.”

Scutari pointed out that Christie had appeared on the Oprah Winfrey show earlier this week touting a $100 million donation to the Newark School system, yet Republicans had no interest in exploring the errors behind a $400 million gaffe.

“Does he get four appearances on Oprah if he gets this right?” Scutari asked.

Buono is seeking to hold hearings on the application, which resulted in the state losing out on $400 million in federal funding.  The botched application eventually resulted in the termination of Education Chief Bret Schundler, who admitted making the error.  Schundler and Christie had a very public falling out after the governor accused his education chief of lying about an attempt to fix the error during an in-person presentation of the application.

A video released by federal education officials showed no such attempt by Schundler, prompting Christie to accuse Schundler of lying and later to fire him.

Schundler denies telling Christie that he tried to fix the error and statements made to members of Christie’s staff seemed to support his claim, but the governor was unwavering.

It is Schundler’s testimony that Buono is thought to be seeking as the former education commissioner has declined so far to speak about the matter,  Schundler was a no-show at an assembly hearing on the application earlier this month.

“It’s pretty obvious… that the source of the error, how and where it happened have been made very clear from testimony already heard,” he said.

The senate committee was expected to convene last night to vote to issue the subpoena. 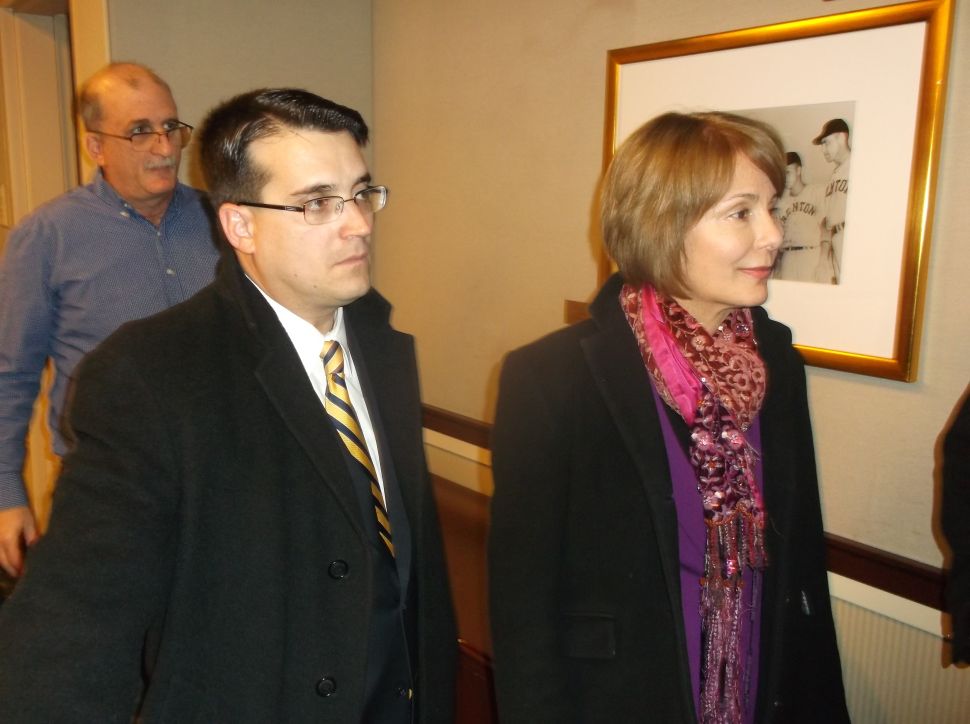