A state ethics board on Tuesday tabled a request from Assemblyman Scott Rumana for an opinion on an alleged conflict of interest stemming from his appearance before a state agency to represent a non-profit of which he is also chairman of the board.

The Joint Legislative Committee on Ethical Standards decided to hold off on issuing the advisory opinion while it continues to investigate a complaint from Wayne resident William Brennan over the alleged conflict.  Brennan has alleged that by representing a non-profit seeking approval from the state Board of Public Utilities to build an energy generation plant in Wayne, Rumana has abused his position as a member of the assembly.

Committee members said Tuesday that by issuing the advisory opinion requested by Rumana before the complaint is resolved, the committee would be “putting the cart before the horse.”

“It doesn’t seem appropriate to me to issue a formal advisory opinion when you have this complaint pending,” said former State Sen. Peter Inverso, who was one of six votes in favor of tabling Rumana’s request.

Rumana has been enmeshed in the project to bring a renewable energy and co-generation plant to Wayne for a decade, since his days as mayor of the municipality.  As part of the negotiation process, Rumana says he formed non- profit Wayne Energy Corp. in an attempt to shield taxpayers from any liability that could arise.  The non-profit has no employees, Rumana has said repeatedly, and he and the other board members receive no compensation for their positions.

The assemblyman and former mayor of Wayne says the plant could save taxpayers as much as $20 million over the next 20 years.

Attorneys for the company appeared before the state Board of Public Utilities in an effort to get sign-off on the plant, but that agency, citing several factors including a separate perceived conflict of interest over Rumana’s role as both chairman of WEC and Mayor of Wayne denied the request.

Brennan’s complaint alleges that Rumana violated a provision of the ethics code that prohibits a sitting legislator from appearing before the state agency on behalf of a private entity. He also claims that Rumana will benefit greatly from his role as chairman of WEC as he will have the power to direct millions in funds and fill hundreds of jobs if the plant becomes a reality.

In several interviews last month, Rumana said the complaint is unfounded and denied that he will have any power over contracts, employees or funding.

“There is a disconnect in terms of what we did and what they think it is,” Rumana said last month referring to the complainant and the BPU. “That’s the problem with the picture because the complainant has filed certain documents that have a lot of inaccuracies they have led the committee and in my estimation even the BPU to a belief that this company is something that it is not.”

In an effort to head off Brennan’s complaint, Rumana, through his attorney Paul Josephson asked the ethics committee for a formal advisory opinion on whether a sitting legislator can represent a non-profit before a state agency if he also sits on the board.  Tuesday, the agency was prepared to issue the opinion before several members raised concerns about the effect of the opinion on Brennan’s complaint.

Reached after the committee hearing, Brennan said he was thrilled.

“I am gratified that Rumana’s attempted hijacking of my ethics complaint against him was recognized as an underhanded subterfuge and rejected,” he said. “Now that Rumana is no longer the sole source of information before this Committee, I am confident that the BPU, the Attorney General and the Department of Community Affairs will not be overruled in this collateral proceeding.”

It’s unclear if the committee plans to approve the opinion when it hears Brennan’s complaint, but at least two members said they were uncomfortable with the appearance of impropriety.

“(Rumana) has put himself in an awkward position. He created this constituency…and he made himself the chairman of it,” Inverso said adding that the he then sought approval from an agency over which he had budgetary influence.

Other members grappled with the perception the committee would create in issuing an opinion allowing Rumana to appear before the BPU on behalf of WEC.

“If I’m on the outside looking at that language, that’s a very difficult concept to accept,” said Judge Neil Shuster.

But Committee Chairman Alan Rosenthal said the appearance issue was not a legal question but instead a political one.

“If people in the district, if voters in the district are upset by this their recourse is to demonstrate that upset.  I think it is a question to be discussed by I don’t it is something where this committee draws the line,” he said.

Brennan has also presented new information, which he says refutes Rumana’s claim that WEC has no employees.  In a letter to the BPU, a consultant hired by WEC to conduct a feasibility study on the plant lists his title as “Managing Executive” of Wayne Energy Corp., a role which Brennan says would clearly make him an employee.

Josephson dismissed the information provided by Brennan and said he is confident the board will find there was no conflict from Rumana’s appearance before the BPU.

The committee said it expected to hear Brennan’s complaint as early as next month. 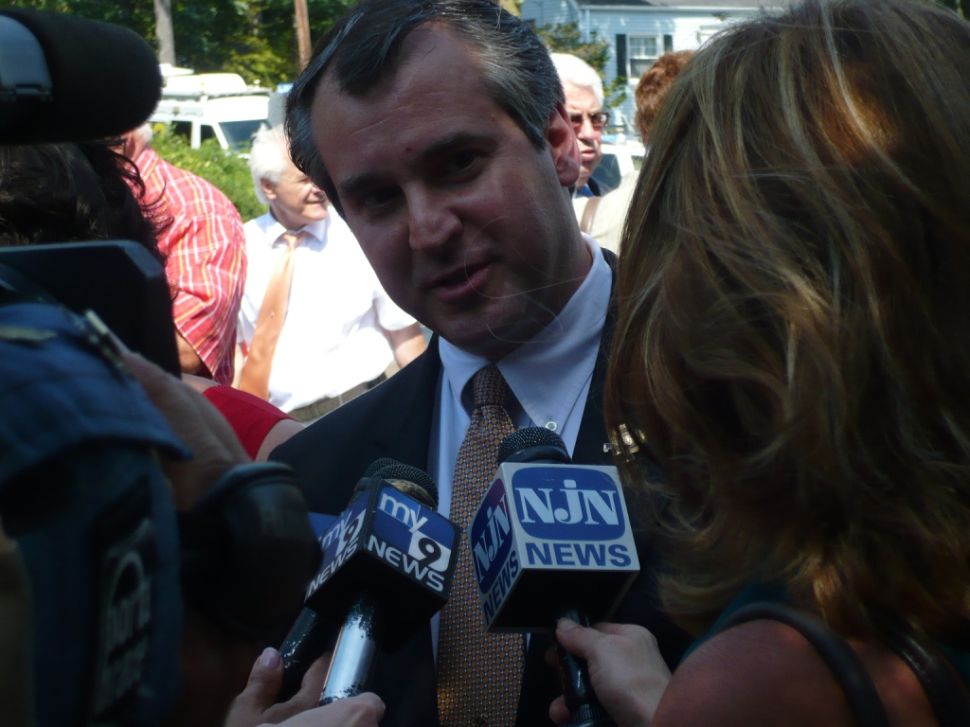