PBS stays afloat thanks to funding from people besides “viewers like you,” and one of those people is David Koch. David is the younger brother of Charles, his partner at Koch Industries, and the two were profiled by Jane Mayer in last week’s New Yorker.

The brothers’ involvement with PBS, however, is limited to David. He’s been contributing funding to NOVA, the station’s award-winning science documentary show, and his name has been mentioned as a sponsor. Now, with the New Yorker story inspiring more inquiry regarding the two Koch brothers and their involvement with Tea Party activities—not to mention Yasha Levine’s helpful Observer.com breakdown of their not-quite-libertarian taste for corporate welfare—people are starting to question the businessman’s motives behind funding an educational PBS series.

Letters started arriving in the inbox of PBS ombusdman Michael Getler when a three-part NOVA series called “Becoming Human” ran in the wake of the New Yorker story, Getler wrote on the station’s website. With the Koch conservative agenda now on everyone’s mind, a few jumped to conclusions regarding one of the messages of the “Becoming Human” special — that our species has endured climate changes before and shouldn’t worry about them. Because Mayer’s piece and Frank Rich’s column in the Times both mentioned that the Koch brothers have funded global warming deniers, the letters accused Nova of shaping the programming in order to keep the Koch wallet close. One viewer from Brooklyn wrote “I am unable to trust anything I saw on that program.” Dave Lucia from Denver wrote “What a shame that Nova sold itself to this pernicious bidder.” Arden Collier from Vallejo, California wrote “I expect better from PBS.”

NOVA Senior Executive Producer Paula Apsell wrote a statement denying these accuasations, assuring viewers that NOVA “maintains complete, independent editorial control of its content.” Getler, who is a pretty objective party in this whole mess, said he trusts NOVA, and called it a “consistently first-rate program.”

Even if the program is defended by PBS brass, one can’t imagine they are pleased to be thrown into the sprawling Tea Party discussions. The theory about climate change in human history was probably unrelated to David’s funding, but any association with the Koch brothers could be a turn-off for NOVA fans who hold opposite political views. 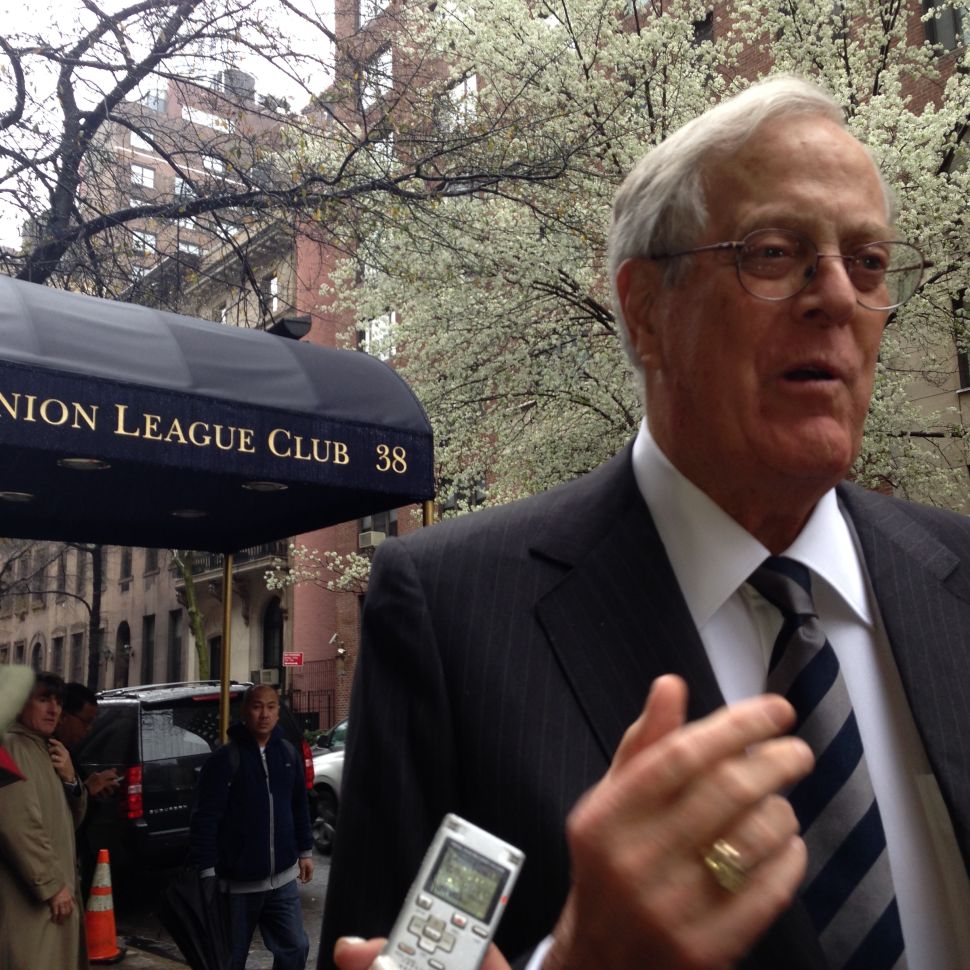