“I have a simple message to Gov. Christie: Don’t throw away $6 billion, don’t throw away thousands of jobs,” Lautenberg said. “Don’t clog up the tunnel project.”

The ARC Tunnel, or Access to the Region’s Core Trans-Hudson Passenger Rail Tunnel, is over a decade in the making, with $3 billion committed from both the federal government and the Port Authority of NY and NJ.

New Jersey is on the hook for $2.7 million, the Dems said, although cost recalculations from the Federal Transportation Authority believe nearly $1 billion could be added to the final bill by the time the project is complete around 2018.

With that said, Gov. Chris Christie is now asking for a 30-day hold on the state funding commitment until a reevaluation is complete, charging that former Gov. Jon Corzine rushed the project to get shovels in the ground in an election year.

Workers are already digging into the cliffs that line the Hudson River, and $600 million has already been spent, Dems said today.

Lautenberg said the New Jersey delegations “secured the largest federal transportation funding in the history of the United States.”

“We don’t just want to be another parking lot for New York City,” the 86-year-old senator said. “Our entire traffic system could eventually grind to a halt.”

He said the tunnel is expected to take 22,000 cars off the road every day.

It took an “enormous fight” to get the ARC money, Menendez said, and other states are “salivating” to bring it in. “We need to find a way to make this work,” he said.

He pointed out that Christie confirmed the state’s commitment in a letter to Secretary of Transportation Ray LaHood in April.

He questioned whether Christie, who has a hole to fill in the NJ Transportation Trust Fund, is considering swinging the ARC money there.

“They (federal government officials) were in the middle of discussions with the state and the state walked away,” Menendez said. “If this governor backs off of this, I don’t want to hear about New Jersey not getting its share of federal dollars.”

Rothman said NJ Transit is at capacity and expects riders to double in the next 20 years.

Sources said some labor unions aren’t hitting this issue hard because many of their jobs come from Transportation Trust Fund jobs, and they would rather have that account funded.

One official told PolitickerNJ that there is a chance that Christie is actually being fiscally prudent in looking at the projections, not looking to swing them. Standing to lose $600 million already, what’s a billion in cost overruns?

Claiming that the governor may be leveraging this funding in order to root out a bankroll for the trust fund, another Democratic source said Christie may have been able to get away with this maneuver had he not lost the Race To The Top money.

Of course many of the Dems pointed out the Transportation Trust Fund coffers are so dry because Christie is rigid in his opposition to a gas tax bump.

Christie spokesman Michael Drewniak sent this response today, “It is reasonable and timely for us at this stage to undertake a careful review of the project, its costs and potential contingency requirements. That is what we are doing with the Federal Transit Administration during the 30-day period. 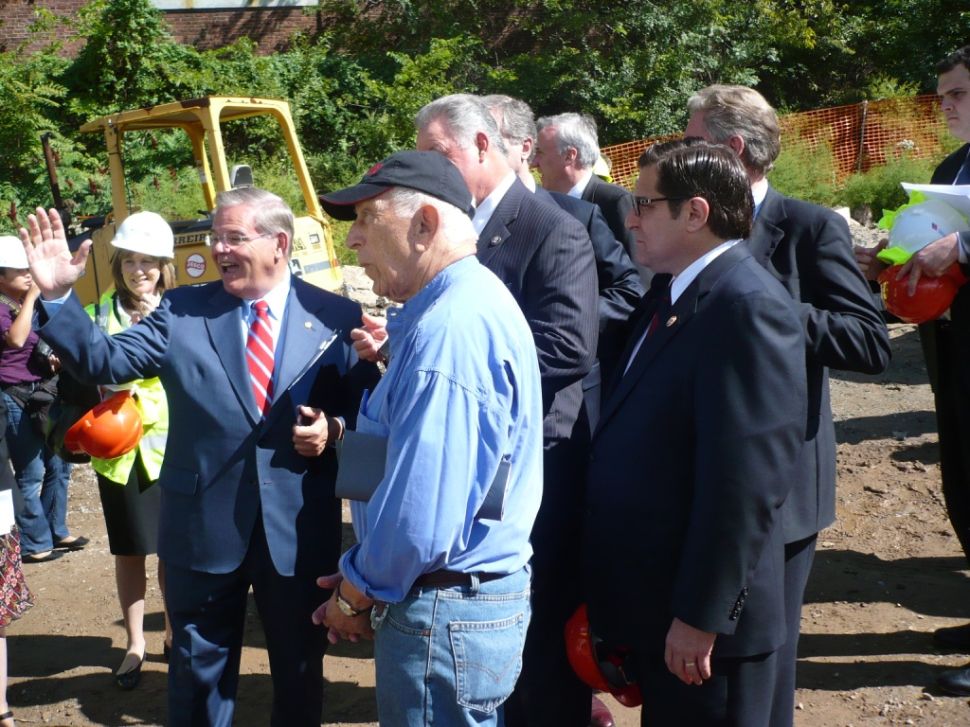