BELMAR – In a seaside mayoral donnybrook here that pits two councilmen against each other in hopes of succeeding Mayor Ken Pringle, Democrats last night marched to the microphone in Borough Hall to ask Republican Councilman Richard Wright if he knew about two would-be local Democratic Party domain names that redirected users to the Belmar Republican Party.

“I’m not exactly sure what you’re referring to,” Wright told local Democratic Committee Chairman Luis Pulido. Sitting to Wright’s left on the dais was his opponent in the Nov. 2nd election, Council President Matt Doherty.

“It is not being done by my campaign,” Wright said. “I don’t know who’s doing it.”

“They are committing fraud and masquerading as something they are not,” said Pulido, in reference to anonymous parties behind dummy websites BelmarDemocrats.com and BelmarDemocrats.net, which as of last night’s meeting still directed users to the local Republican Party website, where there is scant evidence of a GOP operation.

The Irish Riviera town breaks down to 1,014 Democrats, 712 Republicans and 1,532 Independents. The husband of former Jon Corzine campaign manager Maggie Moran and a former assembly candidate, financial advisor Doherty had $1,720 in the bank, according to his last ELEC report. A retired physicist, Wright showed $2,500 in a joint filing with his council running mates.

“It is a shame Belmar voters have to overcome this hurdle,” Pulido said, threatening legal action if Wright did not rectify the situation.

A mock snore sounded from apparently a Republican ally in the back of the council chamber.

“This was not done by my campaign. If it’s happening, I am not aware of it,” Wright said in response to the local Democratic Party leader.

Pulido stayed on offense, saying no one but someone local in the Republican Party would take the time to orchestrate the sleight of hand.

“That’s your position,” Wright said. “I’m telling you my campaign has not caused it. If I can identify how that’s been done, I will stop it.”

This morning, the domain names ceased to link to the GOP website, and Democrats said that proves Wright had control.

“This website misdirection by Wright and the Republicans was deliberate, deceitful and dishonest,” Doherty said. “Voters should have the right to research candidates and their positions on the issues and make an informed decision at election time. Wright and the Republicans will have to answer to the voters about this fraud, and since it seems to violate the Fair Campaign Practices Act, they may have to answer to the Monmouth Country Prosecutor as well.”

Wright, for his part, re-emphasized his lack of knowledge about the links and took credit for short-circuiting what he cited as the hardly menacing efforts of an overzealous supporter.

“After the council meeting last night where the Dems chose to raise this issue, a campaign volunteer came forward and said that he had set the links to point traffic to our website as a prank,” Wright said. “Preliminary information that I have received is that 2 inquiries were forwarded from the two sites of which the volunteer estimates half were his own testing. I was not aware of this activity and asked that it be stopped.” 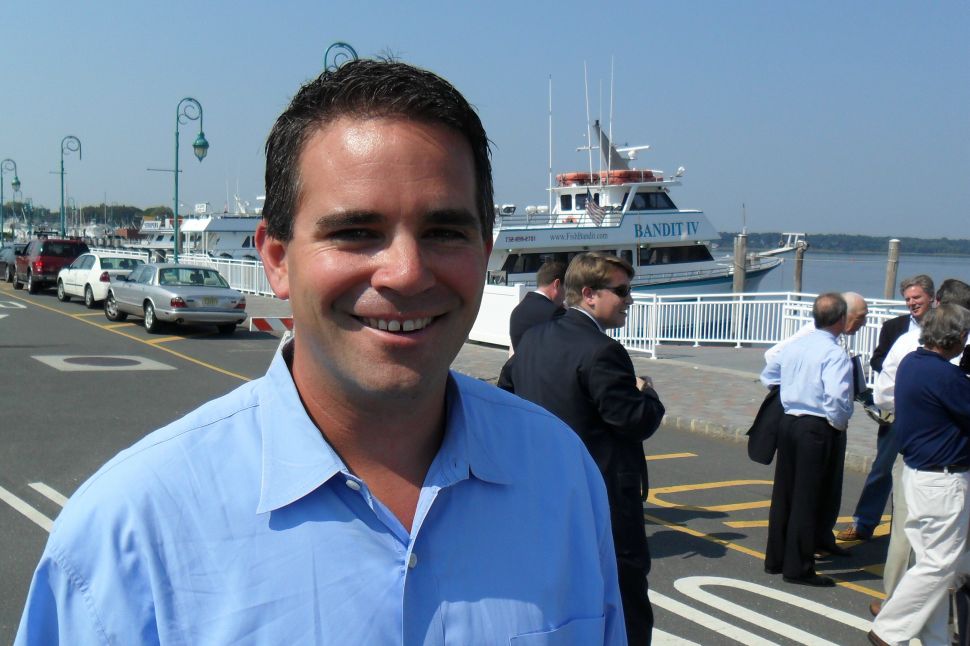