According to a release from the U.S. Attorney for the Southern District of New York, the pair were indicted on multiple counts of fraud and bribery.

Until earlier this year, Wisler was a partner at powerful New Jersey lawfirm DeCotiis, Fitzpatrick & Cole. He was a leading attorney on the failed Meadowlands Encap golf and resort project that has been the subject of investigation for more than two years.

The indictment alleges that Wisler paid Bryant nearly $200,000 in bribes for favorable votes on projects for a private equity firm that Wisler represented, including the Encap golf and resort, a proposed $1.2 billion redevelopment of Camden’s Cramer Hill neighborhood, which sat in Bryant’s legislative district and another known as Petty’s Island in the Delaware River that included 600 acres of waterfront in Pennsauken.

Bryant was a consistent voice in favor of Wisler represented projects and backed the redevelopment in Camden despite backlash from constituents who opposed the use of eminent domain and the relocation of residents from that neighborhood.

For that project the senator supported funding from the New Jersey Department of Transportation and Camden’s Economic Recovery Board.  That agency’s function was to allocate $175 million in funding that Camden received under the 2002 Municipal Rehabilitation and Economic Recovery Act, of which Bryant was a sponsor, a release from U.S. Attorney Preet Bharara alleges.

On the Meadowlands project, Bryant cast affirmative votes on several pieces of legislation that facilitated the project and its funding, including an amendment to the Redevelopment Area Bond Financing Law that allowed for bond financing for Encap, appropriations legislation that paved the way for Encap to receive more than $200 million in loans from the New Jersey Environmental Infrastructure Trust and New Jersey Department of Environmental Protection, and “fast-track” legislation that required the NJDEP and other state agencies to expedite their review of permits or have those permits deemed granted. The senator also sponsored a bill in 2005 for a $112 million loan from the infrastructure trust to be used for the Meadowlands project.

The alleged bribes, which totaled more than $192,000, were paid in the form of a retainer to Bryant’s lawfirm, but according to the indictment no legal work was ever preformed by Bryant.

The indictment states that both Bryant and Wisler took steps to hide their agreement and went as far as to create false invoices for work that Bryant never performed.

“Despite working extensively with colleagues at his law firm on a variety of matters pertaining to the Cramer Hills and Meadowlands developments, Wisler failed to inform any of them about the existence of the retainer agreement,” the release from Bharara’s office said

The Indictment charges both men with twenty counts of honest services mail fraud and one count of receiving bribes. In addition, Bryant is charged with extorting payments under color of official right. Wisler is also charged with 17 counts of mail and wire fraud in connection with the false and fraudulent billings to his client.

If convicted both men face up to 20 years in prison on each count and an additional 10 years on the receiving bribes charge.  The Indictment also seeks the forfeiture of the $192,000 in made to Bryant.

The indictment does not name any other DeCotiis lawyer or the firm itself.  Encap and its parent, North Carolina-based Cherokee Investment Partners, also are not named.

In a statement, a spokesman for DeCotiis stressed that there are no allegations against the firm itself.

“The DeCotiis firm is fully cooperating with the U.S. Attorney in the government’s investigation,” the statement from spokeswoman Kerrie Campbell said.  “Out of respect and concern for our former partner who is entitled to a constitutional presumption of innocence, and because the matter is pending in the federal court, we will not be providing further comment at this time.”

The statement also points out at according to the indictment, Wisler did not inform anyone at DeCotiis of the arrangement with Bryant or about any of the activities listed in the indictment.   Upon learning of the retainer to Bryant, the indictment states, the DeCotiis’ chairman stopped all payments.

The DeCotiis firm is among the state’s most powerful lawfirms and has long been a player in state politics.  Founder Bob DeCotiis and son Michael have both been chief counsels to Democratic governors, while partner Alfred DeCotiis once served as a United Nations delegate under President Bill Clinton.

Bryant has been serving a prison sentence since 2008 when he was convicted of using his position as chairman of the powerful budget committee to secure a pension-padding job.

The indictment was handled by Bharara after U.S. Attorney from New Jersey Paul Fishman recused himself.  Fishman represented Encap in private practice before becoming U.S. Attorney. 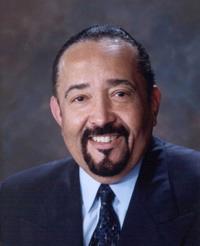