Assemblyman Declan O’Scanlon was the latest Republican to criticize the day’s hearing schedule, which did not include any of the tool kit measures.  Only seven committees met, while the three that did not meet are responsible for nine of the 16 bills introduced by Republicans, O’Scanlon said

“There is no acceptable excuse as to why these bills couldn’t have been on committee agendas this week,” continued O’Scanlon.  “The opportunity for having an honest debate is being lost because of politics.  The Democrats’ strategy seems to be pushing through a rush of legislation at the end of the year.  Taxpayers had reason to be hopeful in July, but that optimism is being lost because of the Democrat desire to obstruct reform.”

Assembly Democrats’ spokesman Tom Hester Jr. said there is no schedule for the tool kit hearings and the party lawmakers are continuing to discuss “real reform.”

“We continue to work on real reforms while the Republicans spit out soundbites,” Hester said.  “Also interesting to note that Republicans seem to think  issues surrounding education, mental health, veterans, public safety, transportation and homeland security are not worthy of attention.”

Both sides seem to agree that without the 33 tool kit measures- designed to give local municipalities the ability to cut costs, the recently enacted 2 percent cap on property tax increases is destined to fail.

This summer, Assembly Speaker Sheila Oliver assigned a dozen members of her caucus to study the measures in an effort to improve what was on the table.  Earlier this week, Hester said the lawmakers held roundtable meetings all summer and were still looking to improve on the package of bills to be discussed. 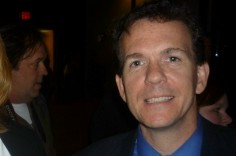