Tough guy General Ray Odierno is from the district, but longshot 11th Congressional District candidate Doug Herbert reached out to another four-star lifeline in the form of General Wesley Clark, who served as NATO Supreme Allied Commander and led Operation Allied Force in Kosovo.

On a call from Chatham attorney Herbert, according to the Democratic candidate’s campaign, Clark endorsed the 2nd Armored Division veteran, who parachuted with the 82nd Airborne Division.

“One of the reasons I founded WesPAC – Securing America’s Future was to help elect leaders like Douglas Herbert to Congress,” said Clark in a statement. “Douglas is committed to securing America’s future through the creation of jobs, the repair of our economy, addressing the needs of our Veterans and renewing America’s commitments to the values that have made our nation great.

“Years ago, Douglas devoted himself to our country by enlisting in the Army. Though he has completed his duty honorably, serving in the infantry and with the 82nd Airborne, he has not stopped fighting for the people of this nation. Today he continues that fight as a lawyer, protecting the rights of ordinary people. As a Congressman, he will fight for the people of his district, our country and help restore our nation’s security and prosperity.”

Up against eight-term incumbent, U.S. Rep. Rodney Frelinghuysen (R-Harding), who himself served as an Army engineer in Vietnam, Herbert said, “General Clark’s endorsement is not only of great political significance for my campaign, but it speaks to our common desire to renew America’s commitments to the values that made this nation great.”
The campaign doesn’t get any dolars from the endorsement, but Herbert intends to use the endorsement to contact veterans’ groups. 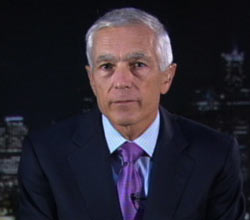