Gets into growling match with teacher at school meeting

Stanhope, N J – A big  black and brownish grizzly bear wandered into the auditorium last night at a Back To School gathering at Stanhope Regional High School.

He growled at the crowd of parents for almost fifteen minutes, before attendees realized he was not Governor Christie. The grizzly bear held the rapt attention of the 150 parent attendees as he growled, snarled and gnashed his teeth —– ultimately receiving enthusiastic applause from the confused and mostly Republican crowd.

Hermione Turtletaub, the civics teacher at the high school, got into a shouting match with the ‘governor’, when he interrupted her several times with loud roars. Turtletaub, who has been a teacher for 24 years, was condemning the bear for his attacks on the NJEA, when the bear got up on his hind legs and dropped his ‘business’ right on the stage. “At the time, I was not at all shocked at how rude he appeared to be,” shared Turtletaub, “I saw those  town meeting videos on YouTube.”

Glenn Johnson, the parent of a high school senior, observed, “I voted for him and liked what he had to say here tonight.” When it became evident that the bear was not actually Governor Christie, Johnson admitted that he did “have some trouble understanding the bear about half way through the speech.”

High school cafeteria manager Chet Agostino was the first to realize the bear’s true identity when the brown grizzly made his way just outside the cafeteria, and began eating through the food trash bin: “I knew somethin’ was amiss—the last time the governor was here, he had state police with him when he was at them food bins.”

Meanwhile, Sussex County Republican Chair Ailish Hambel called a meeting of the County Committee this week to determine if the bear was eligible to run in a primary against Assemblywoman Alison McHose in 2011, saying, “That bear shows the kind of leadership skills we need in the legislature representing Sussex County.” 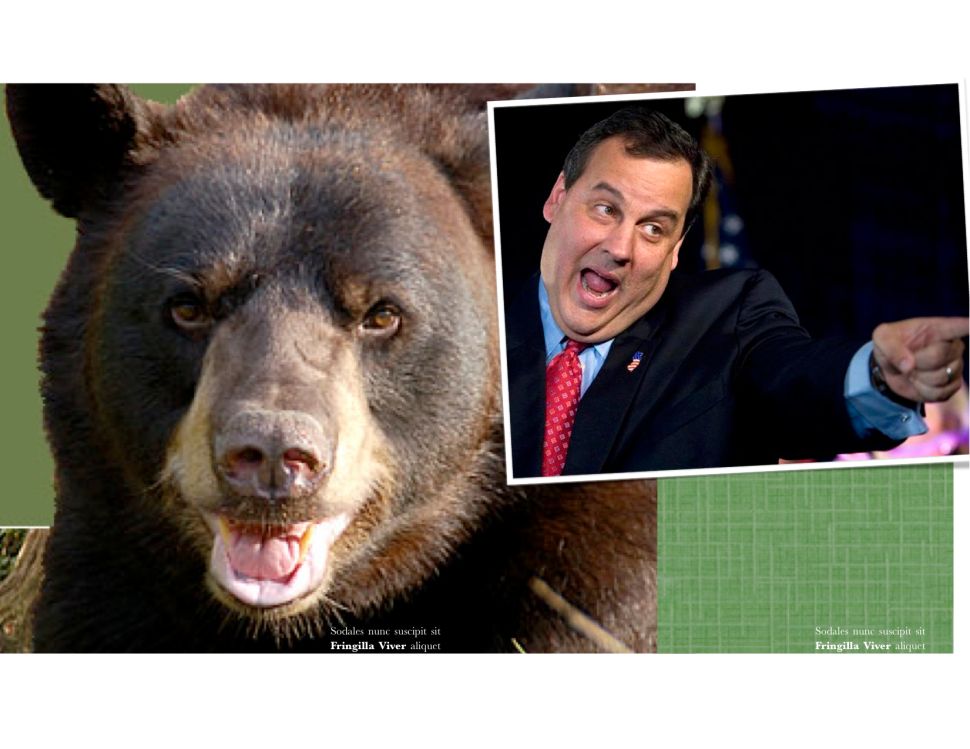