EDISON – Grabbing a microphone at the front of the room in the Edison Senior Center, Gov. Chris Christie in assessing the pension piece of his government reform effort, took aim at cops gaming the system.

“We’re starting to see some fraud and abuse of the disability system,” said Christie, in reference to accidental disability pensions.

This is town where former Mayor Jun Choi – who was in the audience today – went to war politically with the local police unions, who sided with his establishment Democratic Party opponent in the 2009 primary to beat him.

“We all understand if police are injured, they should be able to collect their pension,” the governor said. “They put their lives on the line, that’s a covenant. But we do not have a covenant for them to cheat us.”

“We elected the wizard of Wall Street who was going to bring that magic that made him all that money to New Jersey,” said the governor. “That’s magic we can do without.” 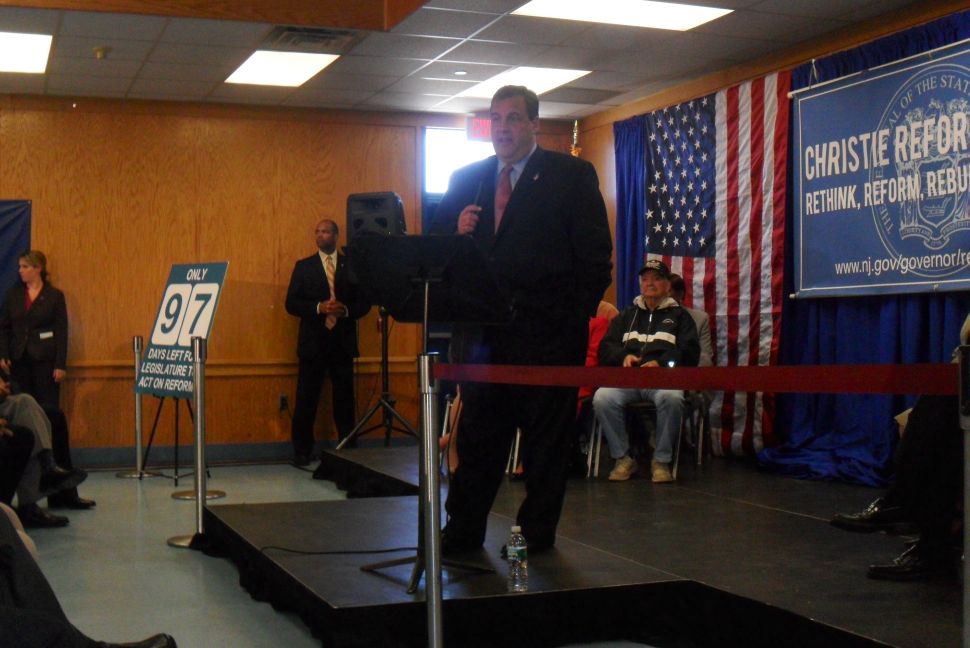