The race between McNerney and County Clerk Kathe Donovan may be the most important local race in the state. Interestingly, for every black eye Donovan and the GOP paint on McNerney, he’s doing everything he can to turn it into a feather in his cap.

McNerney is Bergen County’s first Democratic executive, and the Democratic control ushered in under Ferriero is beginning to slip away. Two seats on the Freeholder board went to Republicans last year.

Anti-incumbency waves are sweeping the nation, but McNerney said he’s not worried.

After a stop-by at Overpeck, McNerney opened a new campaign headquarters in Lyndhurst then sat down at BCDO headquarters in Hackensack. Phone banks were buzzing, volunteers were working, and McNerney was exuberant. Either that or his nervous energy was overflowing, with November approaching fast.

The voters want to know, campaign manager Sean Darcy said, not what the Bergen County Improvement Authority does, not how McNerney feels about allegations that former BCIA Chairman Ron O’Malley was using the financial arm of the county to vouch for his mortgage clients, and not who “Individual 1” was in O’Malley’s criminal complaint.

They want to know who is “best equipped to lead the county during tough financial times,” Darcy said. “People are sick of these broad accusations.”

Municipal finance is McNerney’s game; not the feather in his cap, but the cap itself.

He touts reducing spending by 12 percent and maintaining the state’s second lowest county tax rate (not to be confused with the overall tax rate).

But many of the issues in front of him this election season deal with things he said are outside his control.

Like the court orders prompting the building of Overpeck Park, a converted landfill, now the poor man’s Central Park that services several towns in Bergen.

It wasn’t until 2003, when McNerney took over, that things started moving to that end.

His black eye on Overpeck, according to critics, comes on the cost end, as well as some procedural concerns.

Republicans and The Record tally the Overpeck bill at roughly $140 million, while McNerney’s staff is convinced the cost was almost half that, $76.4 million.

Brian Hague, chief of staff to McNerney, said he suspects the detractors are adding wrong. The county allocated $84 million, including $50 million in bonds. Together, the two numbers total $134 million, but the bonds are included in the allocated total, Hague said.

On the procedural end, McNerney called for an investigation into a no-bid award for professional services, and his investigator said nothing illegal transpired. Republicans called it a “whitewash.”

All of that aside, the people love the 360-acre park, McNerney said. “It’s overwhelmingly successful,” he said, placing the feather firmly in his cap.

McNerney said “shards of bottles” was the welcome mat of Overpeck when he was growing up. Even with the cost, he said the conversion was well worth it.

“(Who went there) and played with the muskrats and the catfish? I did,” he said. “I’m overly personally involved in it. What is Ms. Donovan doing?”

When Republicans were in charge, he said, “Nobody did anything. They lawyered it up for 52 years. Kathe’s been around (government) since the 1980s. … She’s been around since I took Annemarie Kelly to the junior prom.”

Inside the party, McNerney is sporting another black eye from Ferriero’s fall from grace, but – reaching for a feather – McNerney raises a point of contention. “I never served under a convicted felon,” he said. “My opponent has,” a reference to former BCRO chairman Berek Don.

“Joe Ferriero has totally moved on,” McNerney said. “And I’m sure Berek Don has moved on.”

No advice is being sought from Ferriero, they say, and his office isn’t in the same building as BCDO headquarters as detractors like to claim.

Ferriero and Oury began their allegedly criminal behavior before McNerney’s tenure, and the actions in question occurred outside of county government, McNerney said.

But McNerney won’t condemn the actions of Ferriero and cohort/former Bergenfield counsel Dennis Oury publicly, and one Democratic insider said fringe Dems are walking away from McNerney because of that.

“It’s a fiscally sound government and I think that’s what people care about,” McNerney said.

Locally – which is where most voters’ attention is – McNerney has been pushing shared services, but it has taken some convincing among the municipalities.

For instance, the county allocated $75,000 for a police department efficiency study in Saddle River Township last year, but it wasn’t until recently that the Republican mayor accepted the county’s offer to fund a study.

The quasi-governmental BCIA finances projects among the 70 municipalities of Bergen County, but this year when former Chairman and Commissioner O’Malley was arrested and charged with using the agency to vouch for applicants from his private mortgage firm, the perception of its usefulness to those paying attention was jeopardized.

McNerney said the agency is still serving its purpose, an integral role to long-term financing for capital improvements and other big ticket items.

Other than – allegedly – having someone answer the phone at the BCIA to affirm to the bank falsely that the unemployed or underemployed mortgage applicants were working at the Improvement Authority, McNerney sees no evil.

McNerney appointed an investigator to scour the books, but most likely no determination will be made before the election. The only impetus, McNerney said, may be the investigator’s cooperation with working with a U.S. Attorney’s Office, an agency accused by many Democrats having the best political timing of any law enforcement agency. “I’m sure they’re diligently looking hard.”

The public trust is still intact, McNerney posits, since no public money was in play in the allegation against O’Malley.

Furthermore – even in the “rough and tumble” world of Bergen politics – there has been no malfeasance whatsoever under his administration, he said.

And until November comes, McNerney will put that feather in the front were everyone can see it. 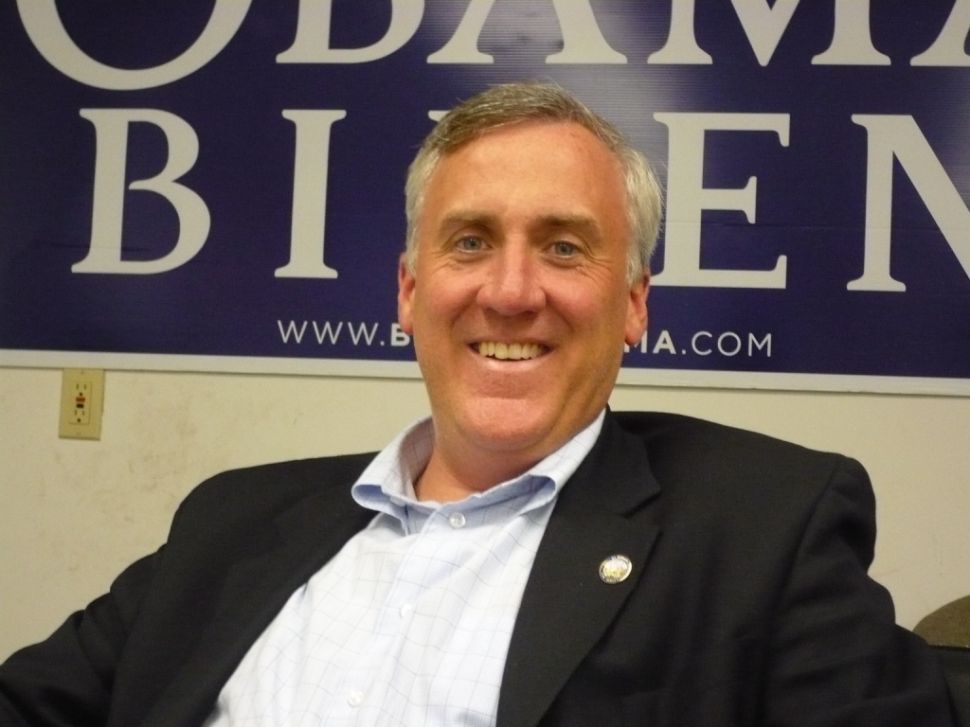