Today’s Monmouth University/Gannett New Jersey Media Poll shows 48% of New Jerseyans approve of President Barack Obama’s job performance while 43% disapprove. Registered voters give Obama a 47% to 44% edge, which is higher than the 46-50% national average recorded by Real Clear Politics on Sept. 19, but a decline from the president’s 30 point net positive in July 2009.

Political scientist and pollster Patrick Murray said the president’s sliding approval here does not seem to have translated into increased support for a Republican takeover of Congress.

“When asked which party they would like to see in control on Capitol Hill, Garden State voters split 23% for the GOP to 27% for the Democrats.  More than 4-in-10 (42%) say that the country would be the same regardless of which party controls Congress.  Compared to a poll taken in July, the Democrats have gained six points on this question.”

The telephone poll was conducted with 801 New Jersey adults from September 15 to 19th, and has a margin of error of + 3.5 percent. 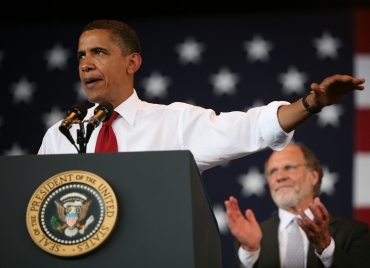