Ruiz won the committee’s support as her bill passed, 4-1, but not before the two women staked out opposing positions.

“We’re losing the scope of the bill,” objected Ruiz, who described her legislation’s specific purpose as enabling the Center for Effective School Practices within the Graduate School of Education of Rutgers University to act as a charter school authorizer in addition to the state Department of Education.

Backing up the chair’s asssertion that the bill does not undercut public educaton, Sean Hadley, spokesman for the New Jersey Education Association (NJEA), voiced support for the legislation.

In pared down politics, the charter issue represents arguably the best crystallized confluence between Republican Gov. Chris Christie and Ruiz, whose North Ward Democratic Organization has an overlay into the Blue Ribbon charter schools founded by Ruiz’s political mentor, Steve Adubato, Sr., which seek to expand beyond Newark. Moreover, news broke this week too that Christie will partner with Newark Mayor Cory Booker to bulk up urban education alternatives with a $100 million, Oprah-brokered donation from Facebook mogul Mark Zuckerberg. The Star-Ledger reported that the dollars would in part be used for the expansion of charter schools.

The former chair of the Senate Education Committee before a palace coup short-circuited her and other allies under the old regime rubric of Senate President Richard J. Codey (D-Roseland), Turner heard her argument undertaken by a long stream of allies from different education organizations, including Save Our Schools New Jersey.

“We do need greater oversight and monitoring and we know the DOE is not staffed to provide that,” said the veteran senator. But “I am concerned that with this authorization bill, we’re saying they want to expedite the approval of charter schools, and of course that’s not comforting to me when I’ve seen a 50% failure rate of charter schools in my district. I’m not against charter schools. I do want to see every school succeed. But if we allow these new authorizers where we don’t know who they’re going to be and how they’re going to be paid, I have questions about (oversight).

“I am concerned that some of these charter schools are turning into private schools at taxpayer expense,” Turner added.

“This legislation gives the oversight opportunity (to Rutgers to share with the DOE) to say on an annual basis (to charters) that you are or not meeting your requirements pursuant to your charter,” Kean said. “My thought is over this time this will lower the cost to the taxpayers.”

“I’d rather see those decisions debated by voters who have some say in the decision-making process about who’s authorized,” Zimmerman told the committee.

Other criticisms from concerned citizens included worries about expanded charter school education, the failure of the legislation to include local school district input, and worry that private authorizers will not be accountable to the voters.

Ruiz said she doesn’t expect to take the bill before the full senate until she reviews the recommendations and reservations expressed at the hearing. 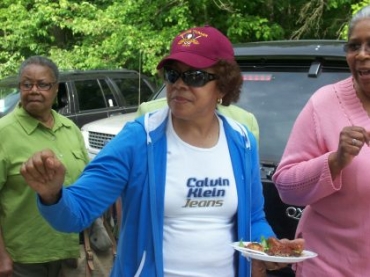