BAYONNE – Having just committed $1 billion to raise the Bayonne Bridge, “The Port Authority was created for this,” said Anthony Coscia, chairman of the Port Authority of New York & New Jersey. Before, “The ships were virtually fighting with each other in the harbor.”

He credited the agency for port stabilization, river dredging, and a $600 million rail system. And today, the Bayonne Bridge.

“People around the world are watching what we do,” Coscia said of the project, which should preserve jobs and reincarnate “the premier port on the east coast of the United States.”

The Panama Canal widening that precipitated the raising was approved by Panamanian voters in 2006, so this wasn’t news. “We knew it,” said Coscia. “So why is it that we waited until today? Because we needed leadership,” Coscia said. “I’m glad that this governor understands that.”

Baroni worked hard on the Bayonne project, Guadagno said, and on delivering the World Trade Center rebuilding on time, both accomplishments being fairly enormous in scope.

Guadagno said Baroni “gave up a very wonderful, easy job as a senator” and is leading the Port Authority in the right direction.

She said the Port Authority, in conjunction with the Economic Development Authority, opened two offices this week, in Shanghai and London.

“Once we fix that bridge, you’re going to want us out there marketing,” Guadagno said, and not at taxpayer expense.

The commitment to the port and the overseas offices prompted a 90 member delegation from the People’s Republic of China to visit Trenton this week.

Asked about his vacated senate seat after the event, Baroni said the Port Authority has a strict policy on politics: There are none. 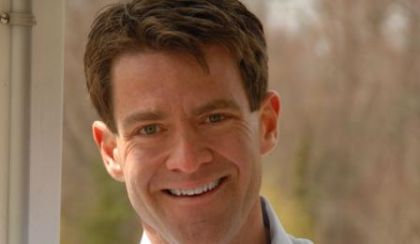