Seventh Congressional District challenger Ed Potosnak wants to take a sledge hammer to what his campaign sees as the mythical version of U.S. Rep. Leonard Lance (R-Lebanon) beloved by members of both parties: a Mayflower Republican conceived in public service with an unimpeachable moderate resume.

Intent on turning an improbable contest into a dogfight of ideas, Potosnak, a Democrat who ran when some better known names shied away in a volatile economy, keeps drumming on the theme that Lance is less genteel 19th Century throwback and more Wall Street give back, whose campaign has received the bulk of its donations from special interests big banks, Wall Street, and the insurance industry.

“The collapse of Lehman Brothers on September 15, 2008 started a chain reaction that led to falling stock prices, companies declaring bankruptcy, families losing their homes and small businesses, and Americans across the country losing their jobs and life savings.” Potosnak said yesterday on the two-year anniversary of the meltdown in front of a foreclosed on home in Scotch Plains.

The long shot Dem – $72,485 in the bank as of the summer – then called out Lance, who from his seat on the House Committee on Financial Services, opposed the Financial Reform Act earlier this year.

“Congress acted to pass financial reform to make our financial markets more transparent, provide oversight on more risky investment practices, and protect American investors through the creation of the Consumer Financial Protection Agency,” said the challenger. “(Lance’s) duty as a member of that committee- his only committee assignment- is to regulate the banking and insurance industry. Yet, more than 60% of his campaign contributions come from special interests like the banking and insurance industries. He is putting their profits ahead of the needs of middle class families and businesses on Main Street.”

Potosnak reaffirmed his vow – if elected – to term limit himself to eight years and resist what he says is Lance’s appetite to absorb a “super-majority” of PAC dollars from the very industry he’s supposed to regulate.

With $358,877 cash on hand as of the last federal reporting period, the Lance Campaign faces its own internal dialogues about what to do with Potosnak, who does not exhibit the usual roll over and die symptoms ordinarily associated with sacrificial lamb candidates. The fact that Potosnak just moved into the 7th Congressional District after working a stint in the Washington office of U.S. Rep. Mike Honda from California galls them and essentially  – to the freshman congressman’s tightest allies – disqualifies the former Bridgewater-Raritan science teacher as a serious contender. They take comfort, moreover, in the bludgeoning Lance administered Democrat Linda Stender two years ago in an overtly Democrat year when Barack Obama won Somerset County.

But Potosnak’s regular press conferences and apparently aggressive effort to connect with voters has him on their radar screen – and at a decision point now about whether to let him self-destruct in a Republican leaning district or engage just enough to let voters know Lance should return to Washington.

“He has a long history of voting his conscience on issues,” Lance spokesman Todd Mitchell, the congressman’s chief of staff, said of his boss, dismissing the notion that the congressman who received a ginned up, three-headed Tea Party challenge this past June is a creature of the banking industry.

That prompted the Potosnak campaign to slap Lance for taking $5,000 from Goldman. In July, Lance said he voted against the reform bill because it wasn’t strong enough.

“I rise today to express my strong opposition to this so-­‐called financial reform bill that gives Wall Street permanent bailouts, institutionalizes ‘Too Big to Fail,’ and will ultimately constrict credit lending to consumers and small businesses at the worst possible time for our economy,” he said. “The Dodd-­‐Frank measure does not fully audit the Fed and does nothing to rein in housing giants Fannie Mae and Freddie Mac, which have already cost U.S. taxpayers $145 billion and counting.”

An infuriated Potosnak fired back, “If Mr. Lance thinks that financial reform didn’t go far enough, I’d ask what proposals he made to strengthen it? At the end of the day, he had the opportunity to vote to protect the investments of New Jersey families, businesses and retirees, and he chose to protect his biggest contributors instead. In the greatest economic crisis since the Great Depression, there is no excuse for opposing financial reform that will protect us from a similar fate down the road.” 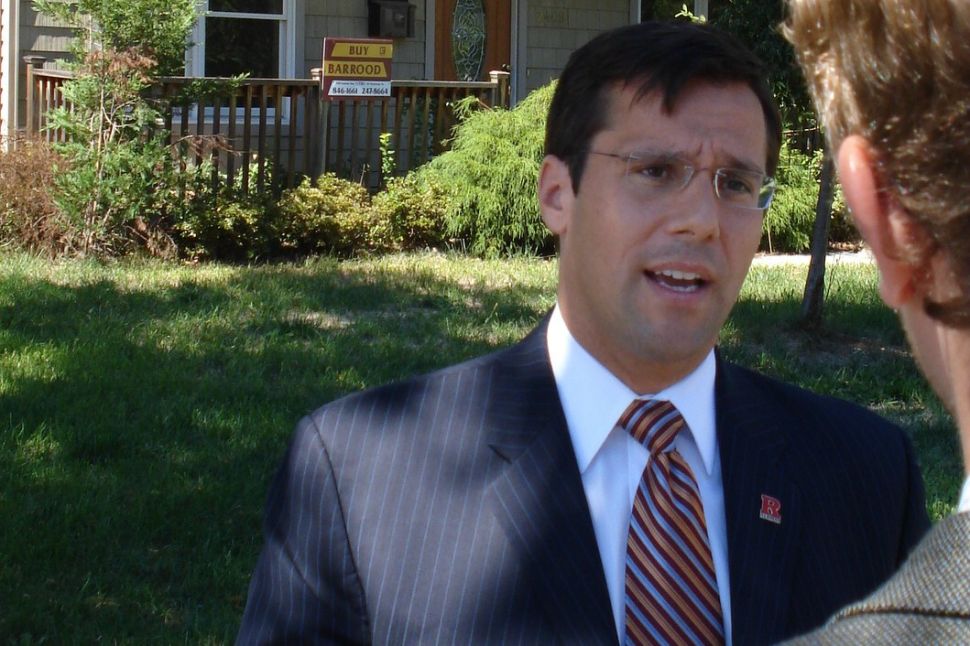