Two days after her council majority voted against a non-binding rescind order for Hoboken Mayor Dawn Zimmer’s plan to lay off 18 police officers, Zimmer was hand delivered a letter this morning from Assemblyman Ruben Ramos (D-Hoboken) telling her to pull the plug on the job cuts. Zimmer is in Trenton today and not in City Hall to receive the missive.

“There comes a time in every official’s life when some of the hardest decisions must be made. Often these decisions pit self-interest against providing for the greater good,” Ramos wrote. “I must commend you for your tough stance on this issue, as I know this is not a decision any executive wants to make.”

“First,” he said, “it is important to convey that the City of Hoboken has compiled a surplus, making these cuts to the police force completely unnecessary. These layoffs cannot be justified by a fiscal emergency.

“(Second), discussions on a reduction in the police force should never have been entertained until after results from the census have been compiled and reviewed.”

Ramos, who is closely aligned with State Sen. Brian Stack (D-Union City), told Zimmer, “Popular sentiment has articulated that police layoffs are not desired by the citizens of Hoboken. As a New Jersey State Assemblyman, I cannot stand by idly and watch this debate any further. I feel compelled and obligated to amplify the sentiment of the people of Hoboken.”

Seemingly unconcerned with her hierarchy-bucking behavior, Zimmer has set the gears of the Hudson County Democratic machine in motion with a series of moves.

First, Zimmer welcomed Gov. Chris Christie to town on his cap-and-toolkit tour and has been more chummy with the Republican opposition than the local Democrats would like.

Second, she is threatening the jobs of 18 cops and 18 municipal workers. Her plan also includes 19 police demotions, including Police Captain and Freeholder Anthony “Stick” Romano, a pal of the HCDO.

By inviting in a rival senator into a fairly defined piece of work space, Zimmer extended not even a courtesy call to the powers-that-be in Hudson.

Sources confirmed that Zimmer’s ally Michael Lenz may find himself opposed by the long tentacles of the Hudson County Democratic Organization in his November special election now that the HCDO is hell-bent on teaching Zimmer how to play in the sandbox. 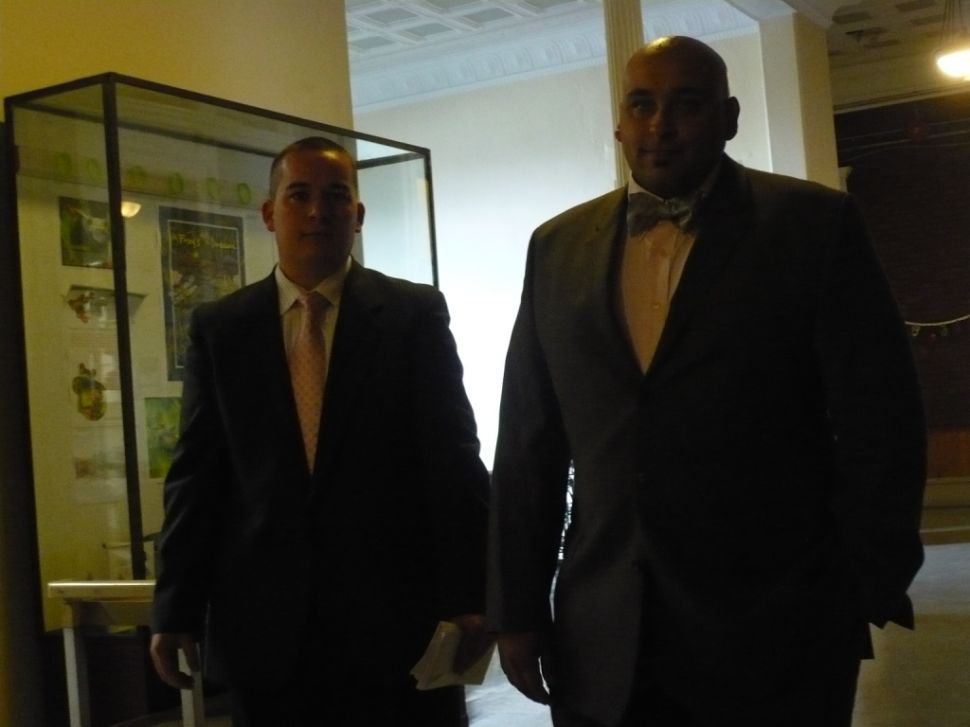