Adding to a drumbeat of Democrats who want answers to questions in the fadeout of former Sheriff Jerry Speziale to the Port Authority of New York and New Jersey, Assemblyman Gary Schaer (D-Passaic) today fired off a letter to both federal U.S. Attorney Paul Fishman and state Attorney General Paula Dow.

“Recent media reports have painted a questionable picture of the decisions that went into the hiring of former Passaic County Sheriff Jerry Speziale as deputy superintendent of public safety at the Port Authority of New York and New Jersey,” wrote Schaer. “In the interest of full transparency and accountability to the taxpayers of New Jersey, I am writing to request a full investigation into the hiring decision.”

After serving for three, three-year terms as sheriff and sitting on a $1 million warchest, Speziale, a Democrat, in an email this summer abruptly announced his decision not to pursue re-election. Seizing on the Christie administration’s ratification of Speziale at the Port Authority, and the lawman’s public statement that he intended to offload his campaign money on worthy charities – thereby removing it from a competitive political atmosphere in Passaic – abandoned members of his party feared a quid pro quo.

“On Sept. 15, 2010, in an article appearing in the Record of Hackensack, the Passaic County Republican Chairman stated he helped arrange the job for Mr. Speziale with the help of the Christie administration,” Schaer wrote. “What role did the chairman, the governor, or the governor’s office have in the decision to hire Mr. Speziale?”

Among other questions to the state and federal law enforcement entities, Schaer wants to know if Speziale made any contributions to a political action committee supporting Christie, Reform Jersey Now, and whether any “decision or agreement (was) reached, either formally or informally, between Mr. Speziale and Republican office holders regarding the spending of his nearly $1 million campaign account.” 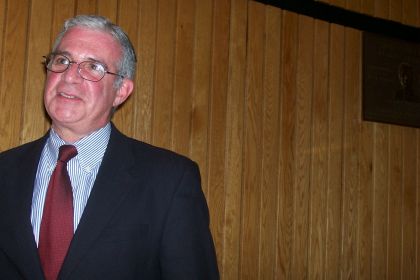