“We are the only state that completely eliminated the line item for family planning,” said state Sen. Loretta Weinberg (D-Teaneck), who championed this cause. “That’s not the New Jersey I know.”

Throughout the debate, the Christie administration was arrogant, aloof and unhelpful, according to Weinberg, who later vowed to fight on with Assemblywoman Linda Stender (D-Fanwood) and other Democrats at her side.

“We asked for figures on the employees prescription drug program,” the senator recalled in her chamber argument.

The state treasurer’s office responded (in a paraphrase), according to Weinberg, “The reserves associated with the state employees drug benefits program, they are unwarranted figures and unavailable (for 2010). Unaudited. Not available for public consumption at this time.”

The Democratic senator from Bergen made a specific appeal to Republicans in hopes that they would cross the aisle and join Democrats favoring the bill.

“This is not about loyalty to the governor, it’s about women’s health,” she said.

Arguing that the allocation represents $7.5 million within a $29 billion budget, Senate Majority Leader Barbara Buono (D-Metuchen) added, “Every single woman on this floor should vote in favor of offering the same right they have to those less fortunate.”

Republicans didn’t buy it, with Senate Minority Leader Tom Kean, Jr. (R-Westfield) confident that all 17 Republicans would line up in opposition.

Initially supportive of the bill, state Sen. Diane Allen (R-Burlington) praised Weinberg’s leadership on this issue, but said the program would be put into deficit if the senate passed the bill.

“Now that we see the information (from the Office of Legislative Services) … they’re not inclined to think that there’s an excess at this point, and I’m not either,” Allen said. “We can’t spend money we don’t have. Let’s find funding that really exists.”

But then Beck made a plea.

“I’d like to suggest we increase our own contributions to our healthcare and use that to fund family planning,” she said. “Let’s join together to find another source of funding…”

Weinberg pointed out to Allen, Kean and Beck that the treasuer has not provided any solid figures.

“We’re dismayed and disgusted,” said Stender, “but we are not defeated.”

The Democrats’ plan going forward is to try to corral $5 million from the state reserve fund, said Weinberg, in addition to obtaining federal dollars. Under the current state plan, she said, the Medicaid program only covers family planning services for individuals with incomes up to 133 percent of the federal poverty level.

“The new provision in the federal healthcare reform law created a state option to provide Medicaid coverage for family planning services to individuals with incomes up to 200 percent of the federal poverty level,” Weinberg said. “States exercising this option will receive $9 in federal reimbursement for every $1 they spend for family planning services.”

Standing with Stender and Weinberg, Sweeney said, “We are not going to stop until we fund it.” 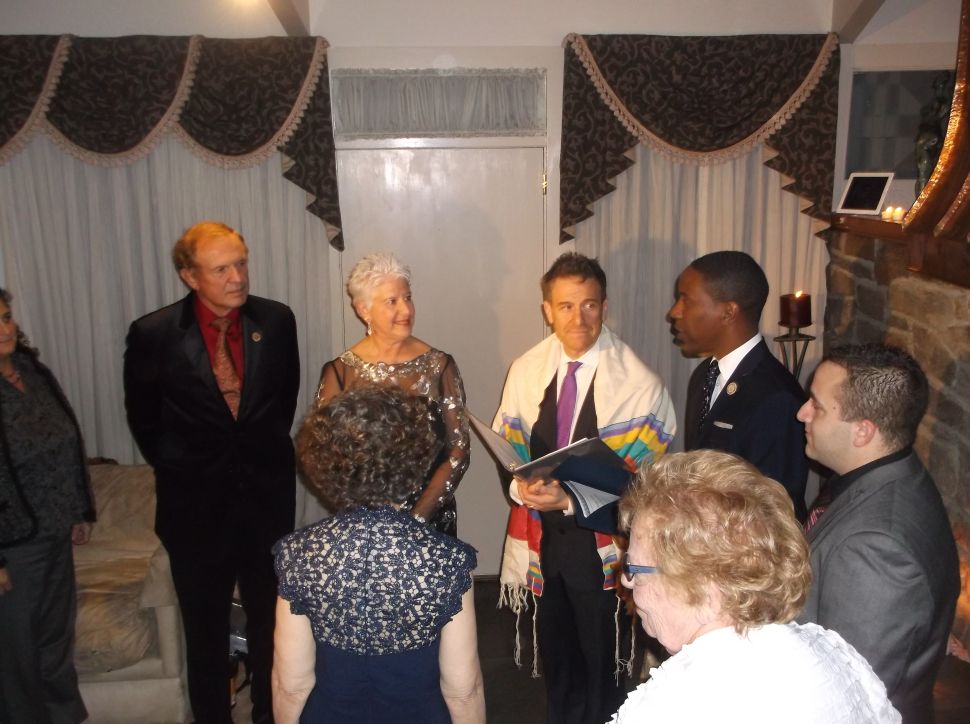