The Senate Democratic Majority offices received a subpoena Wednesday looking for records pertaining to the stalled Xanadu shopping and entertainment complex and its former developer, The Mills Corp., sources said.

The subpoena seeks all documents related to the project for an unspecified but reportedly narrow time frame.  The source said the subpoena from the U.S. Attorney’s office is likely an offshoot of the massive investigation into the Encap golf and housing project, the failed landfill to golf course project that has sparked the demand for thousands of documents in the past two years.

Senate Majority spokesman Derek Roseman confirmed receipt of the subpoena and said the office would cooperate fully with the request.

Xanadu is the five story shopping and entertainment complex that sits partially built near Giants stadium.  The multi-hued mall was originally slated to open in 2007 but has been pushed back several times.

Last month a group of five lenders took control of the project from a group led by Colony Capital LLC. The lenders hope to complete the project before 2014, when the Super Bowl comes to the new Meadowlands Stadium

Mills Corp. was the original developer of the project before the company was sold to Simon Property Group in 2007.  Xanadu was not part of the sale.  Mills has already been the subject of an investigation by the Securities and Exchange Commission for overstating its earnings. 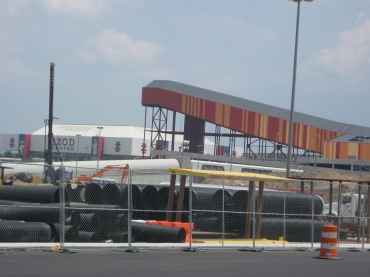