Speaking on his behalf, State Sen. Kip Bateman (R-Branchburg) said, “It’s not unlike him to go to the office at 3:30 in the morning.”

State Sen. Paul Sarlo (D-Wood-Ridge) asked, “What is your thoughts on the potential state takeover of the office? You’re making a career change here to a position that may not exist.”

“I’m willing to take that chance,” Soriano said, noting a study commissioned by Gov. Chris Christie on the topic.

“Is it beneficial, the state takeover?” Sarlo asked.

“My opinion doesn’t really matter,” Soriano said. “However, I don’t believe that the office will function any differently (under state control).”

After nearly a decade in the position, Somerset Prosecutor Wayne Forrest retired last year, only to resurface this year at the Passaic Valley Sewerage Commission.

At the same time, Gov. Jon Corzine upset Somerset Democrats when he passed over Somerville Councilman Robert Wilson for the post, putting defense attorney John McDonald up as his guy instead.

Then Republicans jumped on him, headed by Bateman, who invoked senatorial courtesy to block the appointment.

Today, Bateman sat next to Soriano to vouch for the 20-year attorney from Somerset.

In 1996, former Somerset Prosecutor Nicholas Bissell Jr. was rung up on a 33-count federal corruption indictment, before fleeing New Jersey and committing suicide in Nevada as federal marshals closed in on him. 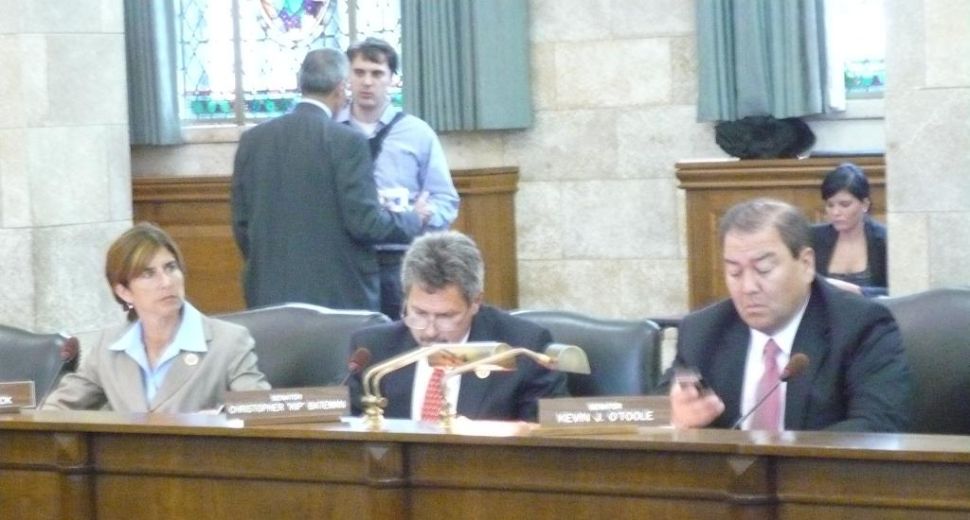