A bill by State Sen. Ray Lesniak (D-Elizabeth), who is on the panel but out of the country today, is in the works.

“There is a consensus (…) that tracks would be included,” Whelan assured Mahon. 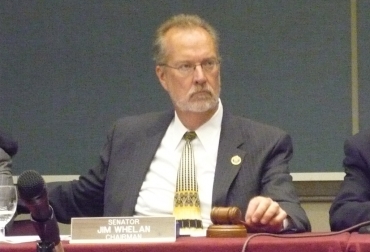