STEWART RAHR DOESN’T have the pedigree of your typical New York City billionaire. In 1969, he dropped out of New York University law school to work in distribution for his father’s Brooklyn pharmacy. His big personality and tireless work ethic came in handy as he worked the phones buying from manufacturers and selling to mom-and-pop pharmacies. “It was just wheeling and dealing, seven days a week,” he said. “They had to believe in me that I was a personable guy with their best interests at heart, which is still the way we do it 40 years later.”By 1994, Kinray was generating $200 million a year in sales. That number jumped after the company’s biggest competitor, Neuman Distributors, filed for bankruptcy in April 2000. “They took on too many customers and couldn’t perform like we did,” said Steve Burns, Kinray’s director of purchasing. “When they went out of business, our business doubled overnight.”

Kinray now distributes to 3,000 pharmacies in eight states along the East Coast and brings in close to $5 billion a year in sales. Its headquarters is a cavernous 400,000-square-foot warehouse filled with a $200 million inventory, from Tylenol to generic drugs.

Mr. Rahr was now back in his main office. His attention span was frighteningly short. He would break the briefest silences by spouting inspirational quotes. His favorite was one from Winston Churchill: “We make a living by what we get. But we make a life by what we give.”

About 10 years ago, Mr. Rahr had two melanomas removed, which led him to charitable causes. “It was a life-changing experience,” he said. Operation Smile, the Robin Hood Foundation and the Melanoma Research Alliance are among his favorite charities. The Make-A-Wish Foundation recently celebrated him for granting one wish per month for the past five years.

“I had to change my whole way of life. I would go out in the sun from 8 in the morning with a sun reflector in St. Martin and just tan. I was sick, mentally sick.”

He pointed to his face, which was a few shades lighter than Snooki’s. “This is self-tanning. Fucking self-tanning. I use L’Oreal for the face. I also put a layer of Jergen’s Natural Glow Tinted. I don’t mind being a buffoon.”

A call interrupted him. When he hung up, he laughed. “Jessica Simpson wanted $100,000 as an appearance fee, and I was like, ‘Are you kidding me?'” he said. “Then I ran off all the celebrities that are coming because I asked them, like Wahlberg and [former president Bill] Clinton.”

Mr. Rahr is married with two kids, and despite being close to the age when most people retire or begin to consider it, he said he has no plans to sell Kinray or take the company public. “When I met with Bill Gates, he told me it was the worst decision he ever made,” he said. “You go public when you need to bail out of debt. I never had any debt, so there was no reason for me to go public. I don’t [have] debt and I didn’t want to have to answer every quarter to people. That’s not my style.”

Instead, Mr. Rahr is looking at new business ventures. He was an executive producer on Shannon’s Rainbow, a horse-racing movie starring Daryl Hannah. Mr. Rahr also aspires to buy a sports team. “I am actively looking into a sports franchise.” He claimed it’s a “Big Four” sport but dismissed hockey–the New York Islanders were rumored to be on the block–and deflected further inquiries.

The No. 1 King of Fun would rather talk about his big bash in the Hamptons. “Who else should I tell P. Diddy is coming, besides Clinton, Russell Simmons and LL Cool J?” he asked no one in particular. “I’ll tell him Mark Wahlberg. He’ll like that.”

Days after the big party, Mr. Rahr checked in. He was revved up. “Clinton and Trump stayed till the end. Both were only supposed to stay for an hour,” he said. “The party was just tremendous. It was an awesome, awesome party. Best party they had out there in a decade.” 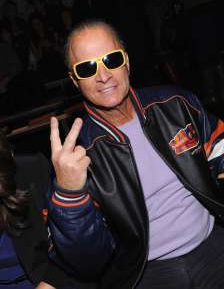