The second Democratic gaming summit is underway at Pegasus West at the Meadowlands, with over 200 laborers standing outside with “Save the Meadowlands” signs.

“The notion that this is a north/south split (…) is not what we are about today,” Whelan said. “…If we do this right.”

McNerney told PolitickerNJ before the event that he found the Hanson Report to be “rushed (considering) the scope and tainted with special interest.”

He called the Meadowalnd – with the new stadium, Izod Center, Xanadu, and more – the “economic engine” of Bergen County. 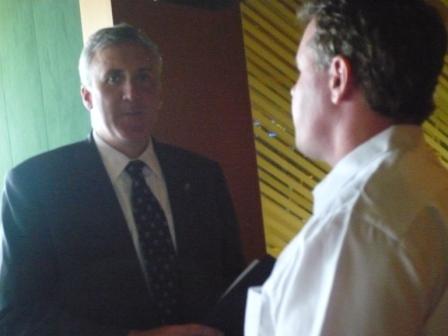