The buzz word was “racino”: a combination racetrack-casino, like the one opening at Aqueduct Racetrack in Queens.

“Is the only answer that we’re going to fight for the next three, four, five years (over a racino)?” Whelan said to Tom Luchento, president of the standardbred association. “How’s that productive?”

“Has any thought been given (to) looking over the other options?” Whelan said. “The governor and the senate president have taken the casinos out of the (equation).”

“Well the people have not,” Luchento said.

Unfortunately, Whelan told him, “The governor’s the 800 pound gorilla in the state.”

“But the governor works for the people of New Jersey,” Luchento said to applause.

Sweeney said a casino is an “easy fix.”

“It would be years in the making,” he said. “We have to help these industries today.”

He lauded State Sen. Ray Lesniak for bringing alternative plans to the table, like gearing up for a fight on internet gaming.

“How about we look at some of the ideas that Sen. Lesniak put forward,” Sweeney said.

But Assemblyman Ralph Caputo (D-Belleville) didn’t like the insinuation that casinos were off the table completely.

“Nobody should back off from an idea out of fear, out of authority,” Caputo said.

“You need gambling in the Meadowlands,” said Constantino Milano, vice president of Hartz Mountain Industries, one of the largest development companies in the area. “Not just slots.”

After the summit, Luchento told PolitickerNJ that the casino industry was greedy, shutting out the racing industry from profits and using the “no casinos outside AC” rebuttal as an excuse.

“If we were out of here tomorrow, they’d have a casino in here tomorrow,” Luchento said. “They don’t want to share with anybody.”

Bucking the other leaders’ line, Assembly Speaker Sheila Oliver (D-East Orange) said, “I don’t think that (a racino) should be off the table.”

One of the hurdles Oliver admits is that big-bankroll gamblers come from the north.

“If you siphon off high-income gamblers that further represents a problem with (the Atlantic City casino backers).”

How about a Monday-to-Thursday casino, as was mentioned at the summit, that would promote weekend gambling in Atlantic City?

“I love that idea,” Oliver said, noting that an untapped market exists among the young thirty-somethings. “We’re running out of senior citizens.”

Caputo and State Sen. Paul Sarlo (D-Wood-Ridge) have voiced their support for a ballot referendum, letting voters decide, but industry insiders from the north aren’t as supportive. They don’t trust voters, one source said.

The voters already have decided, Sweeney told PolitickerNJ after the summit.

“Gov. Christie was against VLTs outside Atlantic City (during the election),” he said. “He won. The voters have decided.”

“There’s a whole lot of tools available to this industry,” Sweeney said. “I think we have to explore other options that are obtainable right now.”

The group will move to Monmouth Park later this month for the third summit.

Caputo called the absence of Jon Hansen, author of the state’s Hanson Report and former chairman of the NJ Sports & Exposition Authority, from the first two summits “insulting.”

“Mr. Hanson committed to being at the Monmouth hearing,” Whelan said.

Lesniak called Hanson’s investigations leading up the published report “secretive,” and several professionals who testified before the panel on Friday said they were never approached by Hansen.

Correction: A comment in an earlier version of this story originally attributed to NJSEA CEO Dennis Robinson was misattributed. The quote has been removed from the story. 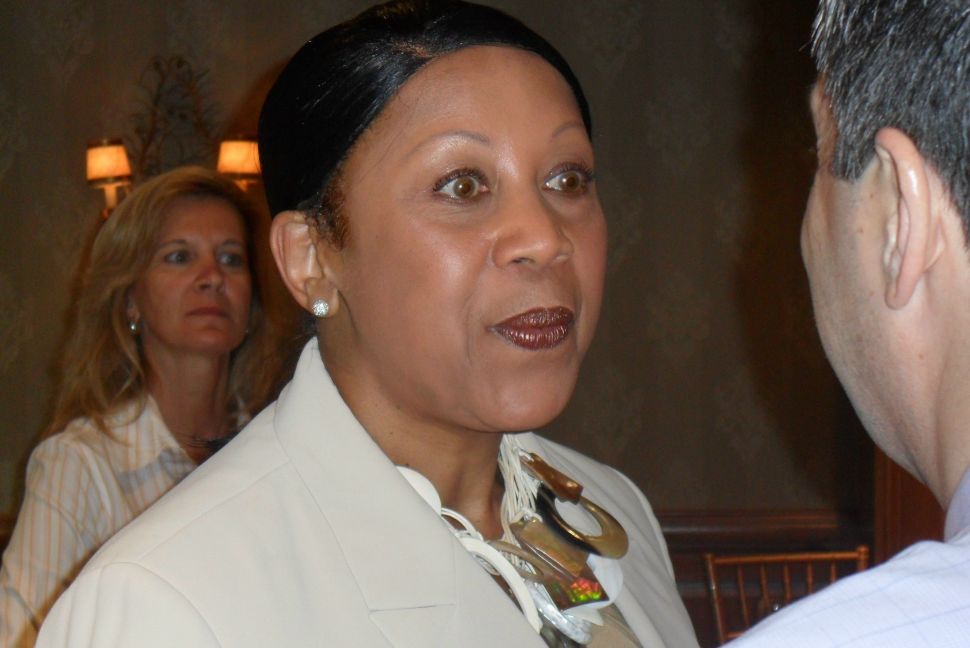