OCEANPORT – Questioning why such important decisions were taken up by such an informal commission, State Sen. President Steve Sweeney (D-West Deptford) told Jon Hanson, “I don’t think you as a developer would jump into (an investment like Xanadu) based on a decision (made so informally).”

“Don’t you think a decision as important as this should have been provided more resources?” Sweeney asked, poking at Gov. Chris Christie’s creation of Hanson’s commission.

“Sometimes it’s better to have no money than little money,” Hanson said.

The developer said he reached out to a law firm, who are business associates, to have them a review a foot-tall stack of papers detailing the lease conditions at Xanadu.

If the commission had money, the firm would have wanted some, as would have McKinsey & Co., the law firm who reviewed Atlantic City documents.

“With all due respect, we have about 700 attorneys in the A.G.’s office,” ” Sweeney said. “This really needed to be a much more formal decision.”

Sweeney conveyed this point again in regards to OTW facilities, of which there was no long-term feasibility study done for.

Sweeney echoed a line of questioning begun by State Sen. Paul Sarlo (D-Wood-Ridge), reiterated the floating idea espoused by Hanson that has Democrats disturbed: “The racetrack can become a housing development.”

On that note, Sweeney asked Hanson whether any members of his commission are members of Reform Jersey Now, a political contribution organization founded by advisors to the governor.

“Are any of the members of your commission involved in that (group),” Sweeney asked.

Hanson said he is not, and as for the others: “I’d be very surprised (if they were).” 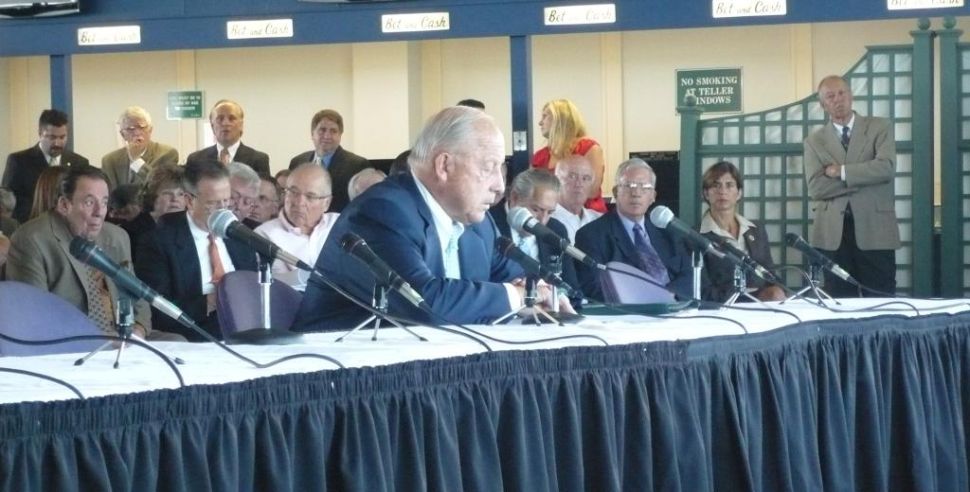